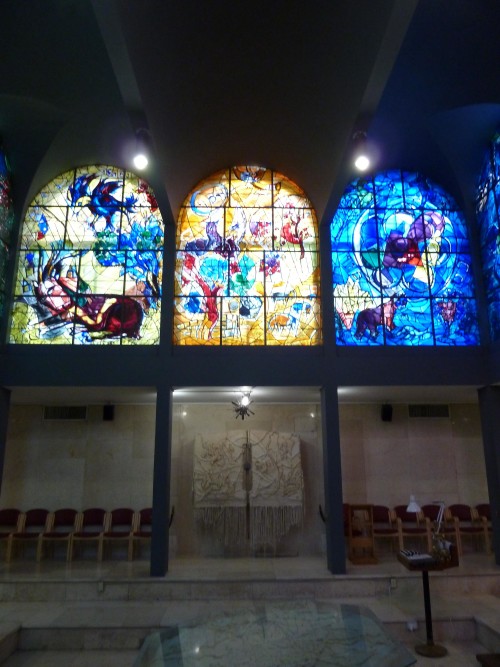 Jacob has been promised by God that his children will inherit the Land of Israel.  Indeed, he is the first forefather to pass on this promise and blessing to all of his children.

This week’s portion tells of Jacob’s flight from Beersheba, escaping just in time from his brother Esau who has threatened to kill him.  Jacob encounters God in a prophetic dream, just before leaving the Land of Israel, and God promises that He will protect Jacob and return him to his land. He bestows upon Jacob the original promise that He made to Abraham – to give the land to his children:

And behold! God was standing over him [Jacob] and He said, “I am the Lord, God of Abraham your father and God of Isaac; the ground upon which you are lying, to you will I give it and to your descendants. (Genesis 28:13)

Most of the portion, however, deals with Jacob’s sojourn with his uncle Laban, a sly and dishonest fellow.  Almost overnight, Jacob is transformed from the innocent dweller of tents (25:27) to a fugitive from his vengeful brother, to someone who has to learn to outsmart Laban.  When he returns to the Land of Israel, he has amassed a fortune in sheep and goats, has escaped unharmed from Laban’s reach, and successfully encounters and pacifies Esau.  Jacob is, indeed, capable of becoming the father of a great nation.

Central to the portion is the story of Jacob’s marriages to Rachel and Leah, and afterwards to their maids, Zilpah and Bilhah, and the birth of 12 children, 11 sons and 1 daughter.  Leah conceives easily and bears Jacob six children.  Rachel is barren until the very end of the story, and then bears Jacob one son – Joseph.  (Benjamin is born en route to Israel, as we will read in next week’s portion.)  Rachel, as the barren mother, follows the pattern that is set earlier with the stories of Sarah and Rebekah, each finding it difficult to conceive a child.  Rachel’s distress is great, and her outburst at her beloved husband Jacob is heartbreaking: “”Give me children, or I shall die!”  (30:1).  Jacob’s response is an angry one:  “Am I in the place of God, who has withheld from you the fruit of the womb?”  (30:2).

Rachel wants so badly to have a child.  She wants to give birth to Jacob’s child; she wants to raise a child; she wants to hold a child in her lap.  This passion for a child is so human and so natural, and yet, heart-wrenching all the same.  As any woman who has suffered the pain and frustration of infertility will tell you, there is no greater desire of a woman than the desire to bear children.  And when pregnancy is not forthcoming, the frustration and physical pain is so deep.

But I believe that the tension that is so palpably felt in the interchange between Jacob and Rachel, takes us beyond the ordinary realm of family relationships.  Jacob has been promised by God that he will have children, and that they will inherit the Land of Israel.  Indeed, he is the first forefather to pass on this promise and blessing to all of his children – no one is rejected in the process as Esau and Ishmael were in previous generations.  Each child, therefore, is the fulfillment of God’s promise to Jacob.  Each child will become the father of a tribe who will bear that child’s name forever.

Jacob is satisfied because God’s promise to him is being fulfilled.  But Rachel wants to be a part of that process.  Until Jacob, each forefather had only one wife who became a mother of Israel – Sarah and Rebekah.  And although Jacob falls in love with Rachel and chooses her to be his one wife, it is Leah whom he marries first and who first bears him children.  Rachel is not merely jealous of her sister as a mother of six children.  She is jealous of Leah’s role as a mother of Israel.  Rachel is desperate to fill that role, as well.

And eventually, Rachel’s prayers are answered and she bears two sons, Joseph and Benjamin.  Joseph, like Leah’s son Judah, is destined for royalty.  Joseph will be second to the king of Egypt, but more significantly, Joseph’s son Jeroboam will establish the Kingdom of Israel.  And even as Joseph’s children are dispersed all over the world and become lost to the Jewish people, her son Benjamin remains connected with Judah and is an integral part of the Jewish people today.

But even more importantly, it is Rachel who, more than any other Mother of Israel, is the mother we seek and the mother who seeks us.  “A voice is heard in Ramah, lamentation and bitter weeping.  Rachel is weeping for her children; she refuses to be comforted for her children, because they are no more” (Jeremiah 31:14).  Rachel weeps for the children of all of Israel as they leave for exile, and God promises Rachel: “Keep your voice from weeping, and your eyes from tears, for there is a reward for your work… and they shall come back from the land of the enemy” (31:15-16).

Rachel wanted so much to be a mother of Israel that she did, indeed, become the quintessential mother – weeping and pleading for her children and praying for their safe return.  To this very day, women visit the grave of Rachel, located in Bethlehem, to pray for fertility.  As they pray to God they ask Him to remember their mother Rachel who cared so much for her children, and for her sake, to bless them with children of their own.