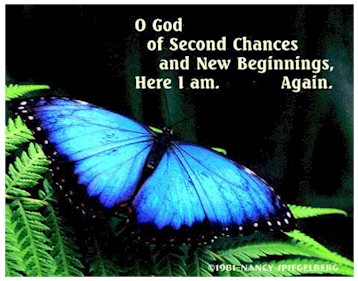 The holiday of second chances, more commonly known as Pesach Sheni, means the second Passover. It is the holiday that gives Jews the opportunity to perform the mitzvah, deed, of giving the Passover offering if they missed it 30 days before.

Pesach Sheni originated at the time of the Exodus, when the burial society that carried Joseph’s bones out of Egypt was told by Moses that, according to God’s law, they were disqualified from offering the Passover sacrifice because they had come into contact with a dead body.

As it says in Numbers 9:6-7, “But as it happened, some of the men had just attended a funeral and were ceremonially defiled by having touched the dead, so they couldn’t eat the Passover lamb that night. They came to Moses and Aaron and explained their problem and protested at being forbidden from offering their sacrifice to the Lord at the time he had appointed.”

In response to their plea, G‑d established the 14th of the month of Iyaar, as a Second Passover for anyone who was unable to bring the offering on its appointed time in the previous month.

Pesach Sheni represents the power of teshuvah, repentance. God gives His people a second chance. The ability to regain a merit one may have missed out on.

Joseph, whose bones were the reason these men could not bring a Passover sacrifice, was the master of the second chance. The very name Joseph means “something additional”. Joseph’s mother, Rachel, married Jacob, the love of her life, only after Jacob first married Leah, Rachel’s sister. Joseph was locked in Pharaoh’s dungeons until miraculous dream interpretations allowed him to gain Pharoah’s recognition and free him. And then Joseph gave his brothers, who sold him into exile, a second chance too.

Judaism has a concept called Teshuva. Teshuva literally means “return.” When we do teshuva we examine our ways, identify those areas where we could improve or strengthen our relationship with God, and return to our own previous state of spiritual purity.

This Pesach Sheni take some time out of your day to examine what you may have missed out on in the past month.