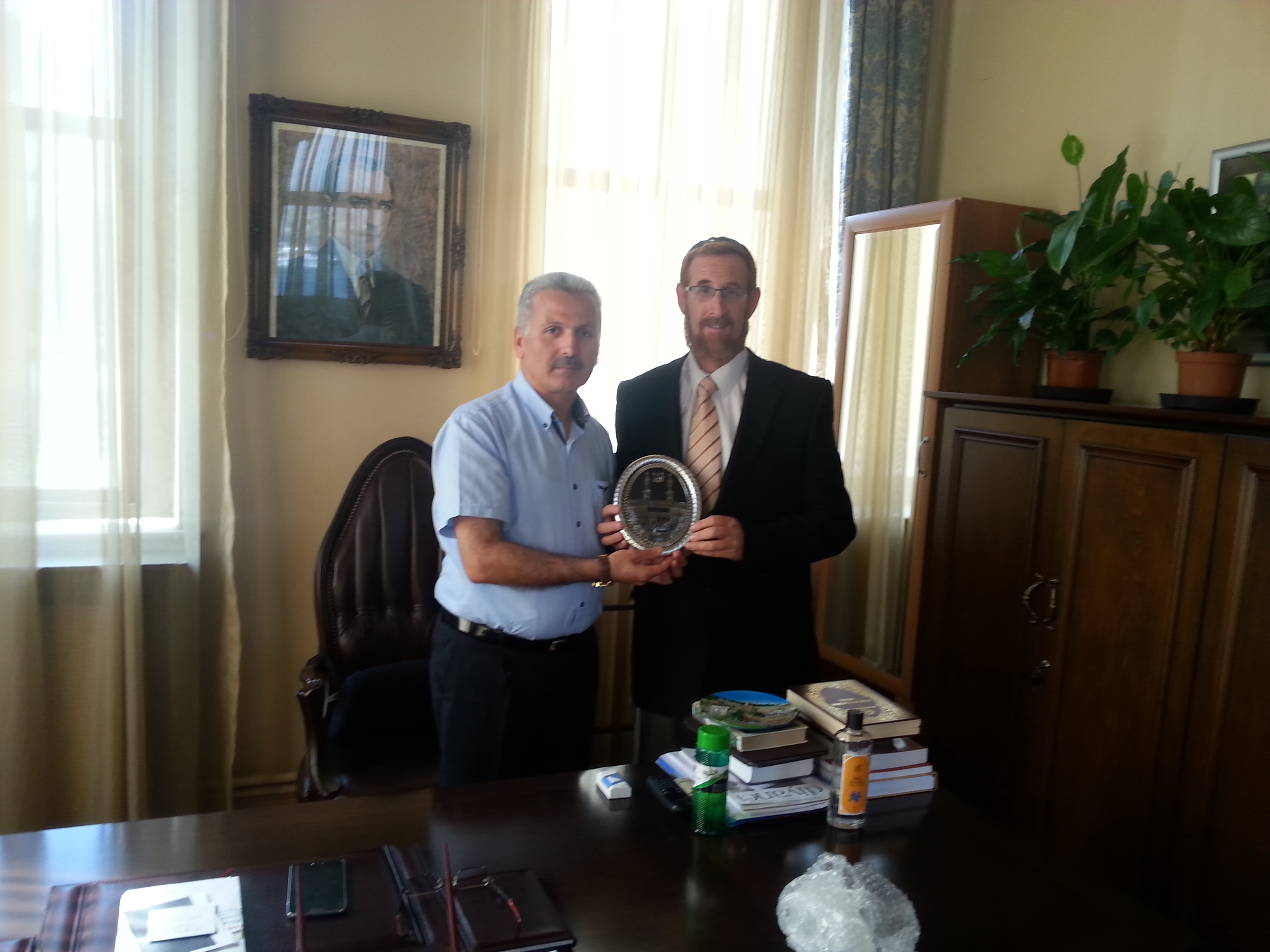 Temple Mount activist Rabbi Yehudah Glick is currently in Istanbul, Turkey, meeting with Muslim religious leaders and joining as an honored guest in celebration of the month-long holiday of Ramadan.

Several leading religious figures and muftis had reached out to Glick, inviting him to visit Turkish mosques and participate in joint public condemnations of terror and violence in the name of Islam.

Glick is an American-born Israeli whose life’s work is dedicated to increasing access to the Temple Mount in Jerusalem, Judaism’s holiest site. A controversial figure, he survived an assassination attempt in October when a Palestinian terrorist shot him four times in the chest at point-blank range.

Discussing his decision to travel to Turkey, which in recent years has not been friendly to Israel, Glick explained in an exclusive statement to Breaking Israel News, “For the past several years I have been involved in promoting dialogue between believers in the One and Only God. When I call for freedom of worship, human rights, respect to every other person, I mean it. This mission is deeply connected to the vision of our prophets turning the Temple Mount into a House of prayer for all nations.”

Glick condemned the religious justification used by terrorists to carry out their acts of violence. “There are many friendly religious leaders who share this belief that not only is any use of violence not justified, but when it is done in the Name of God, it is a total disgrace of His Name,” Glick stated.

Reflecting on the assassination attempt on his life, Glick told Breaking Israel News, “Shortly after I was wounded many of these leaders came out publicly condemning this very fiercely, and they had invited me to express these words to me personally. Now, eight months after the attempted assassination on my life, I feel that though I am not completely back to myself, my present health allows me to respond positively to such invitations.” 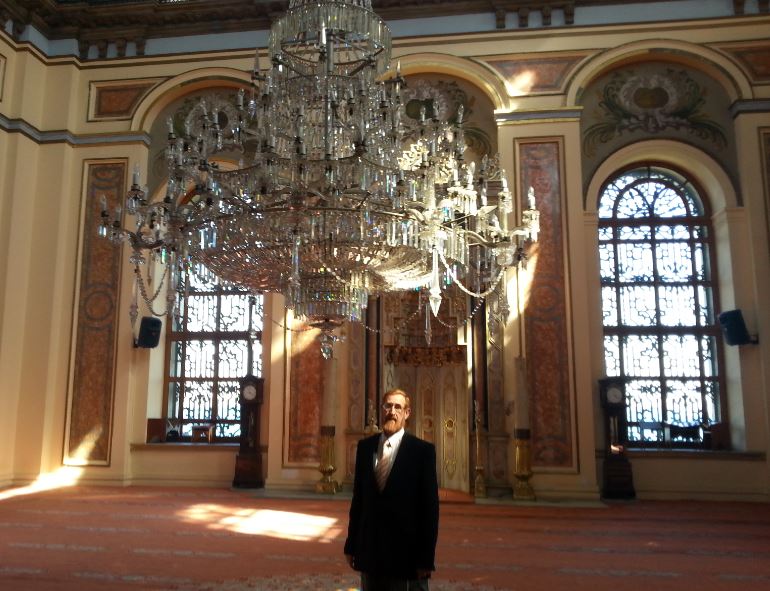 Yehuda Glick inside the Dulmabache Mosque in Istanbul. (Photo: Courtesy)

Considering the current political and religious tensions in Israel, Glick explained that he felt that taking this trip could promote dialogue and peace. “This time, I felt I couldn’t say no. While these days Muslims are disgracing God’s name and conducting terror attacks around Israel, I was invited by Muslim leaders to celebrate as a guest of honor during the special month of Ramadan. I was invited to come to their mosques and to hear them preaching publicly to condemn any kind of terror and violence.

“This week I will be meeting several muftis who share these beliefs. I hope I am doing my small part in promoting world peace in the name of God, whose name is Shalom (peace), and in the name of the city of Shalom – Jerusalem.”

Thursday evening, Glick is expected to join representatives of different religions at a large ceremony celebrating the traditional break-fast meal of iftar, which is eaten each night at the conclusion of the daily Ramadan fast.

“I met with a major Mufti of Istanbul – Ideen Hyman of the Dulmabache Mosque. I also met with a governor of Istanbul,” said Glick.

In an interview with Adnan Oktar, a prominent author and television host on the A9 satellite channel who has spoken out in the past about the brotherhood between Jews and Muslims, Oktar expressed his admiration of Glick and reaffirmed his condemnation of violence.

“The assassination attempt was terrible,” said Oktar. “It was terrorism. We denounce that very powerfully. No normal Muslim can think of this or do this.”

Thanking Oktar for speaking in the name of God against violence, Glick encouraged others to stand up for truth against radical Islam.

“When somebody does [violence] in the name of God, and we know that God is eternal life, that He can’t be for killing, He is for living, then this is what is so painful, and this is what we, people who are faithful in God, must talk out against,” he stated.

“I think what Mr. Oktar is doing every day, calling to people and saying that God is not the God of evil, God is a God of mercy, is so important because we have to prepare mankind for these special days.” 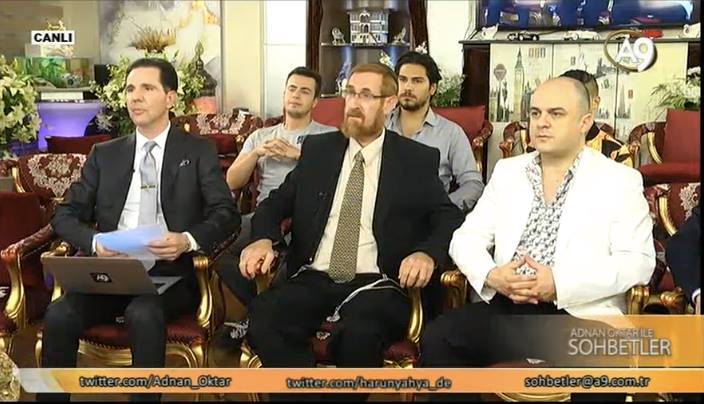 Oktar agreed, saying, “You are right, they attack Koran and Islam in this way, by doing something like this. We will see very beautiful days, God willing. We will see that the children of Abraham will hug in the Holy Land, and we will see Moshiach (Messiah).”

“We regard you as a hero,” he added. “Your mission is not over, your mission continues, we will see Moshiach (Messiah), we will see Solomon’s Temple, we will all together pray there, God willing.”