…her 14-year-old daughter drowned and now has brain damage. The mother needs $36,000 to bring her daughter home and stop her from being sent to an institution.

Supporting five children as a single mother is not easy.

In a much-needed break, Osnat decided that her family needed a fun day at the pool. Quickly, a fun day at the pool turned into a disaster after Yael, Osnat’s youngest daughter, had a seizure in the water. Without anyone realizing, Yael spent minutes underwater, causing her heart to stop beating. She stopped breathing.

Yael was rushed to the hospital and put into a medically induced coma. The doctors made it clear: Yael would likely never walk or have control over her body ever again.

Yael went from being a normal 14-year-old girl to being completely paralyzed with zero control over her body and no ability to communicate in a matter of hours.

For Yael to have a chance, she was going to need round-the-clock-care.

From her time at the hospital to her time at the rehab, Osnat didn’t leave Yael’s side. Osnat quit her job to be there for Yael, but without any income, her bills keep piling up.

After waking up from a coma of over two months, Yael was released from the hospital and sent to a rehab center in hopes of recovery. Doctors felt like there wasn’t much they could do at the rehab center, and they needed to make space for other patients. Now, in a matter of days, Yael will be released.

Osnat lives on the third floor of an apartment building without an elevator in a home that isn’t wheelchair accessible. Even worse, she can’t afford the medical equipment to care for her daughter in her own home.

Imagine you were Osnat.

Imagine your daughter was critically ill, and you still had to provide for your other children without any income. You’re just trying to figure out how to survive.

Imagine the lifeline of knowing that thousands of people around the world had your back.

You can be that lifeline. But, if we don’t raise the money, Yael will be sent to an institution to live out the rest of her life. In institutions like this, there’s very little chance for Yael to improve. There’s no therapy, no motivation, and very few visiting hours. Yael will be hooked up to a feeding tube and left alone for the rest of her life.

“But I will bring healing to you And cure you of your wounds —declares Hashem (God).”

You can give Yael a chance.

You can provide Osnat with hope and the ability to care for her youngest daughter in her own home.

If Yael comes home, she’ll get therapy. She’ll get love and care. It won’t be easy, but she’ll have a chance at recovery. If she doesn’t come home though…she’ll just become another bed without anyone trying to bring her back to health.

Osnat urgently needs $36,000 to purchase the medical equipment to care for Yael and supply her with regular therapies, right in her own home.

If we don’t act quickly, Yael will be sent to the institution, and there won’t be any hope. Let’s help Osnat bring Yael home and give this innocent mother a chance to help her youngest daughter recover.

We couldn’t have done it without your support.

Help us reach our bonus goal of $80,000 to help other Israeli children in need, just like Yael.

Donate today and give Yael a chance.

When you donate, you’ll ensure Yael will go home into her mother’s care, have a wheelchair-accessible home, receive medical equipment, and daily therapy sessions. 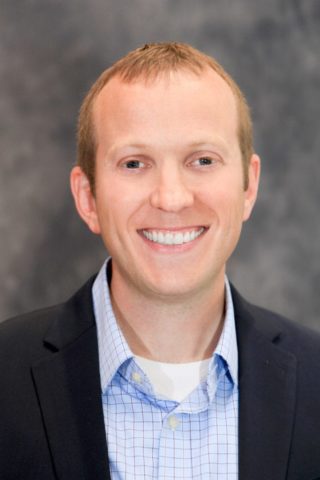 I started Israel365 back in 2012 with a simple goal in mind. Connect the many lovers of Israel from all around the world to the Holy Land every single day as it says “It is a land which Hashem your God looks after, on which Hashem your God always keeps His eye, from year’s beginning to year’s end. ” (Deuteronomy 11:12). Today, Israel365 sends a Daily Inspiration from the Israel Bible to hundreds of thousands of subscribers, provides live Zoom classes exploring the Bible with renowned educators from Israel, and supports thousands of needy people in Israel every day through our charitable work.