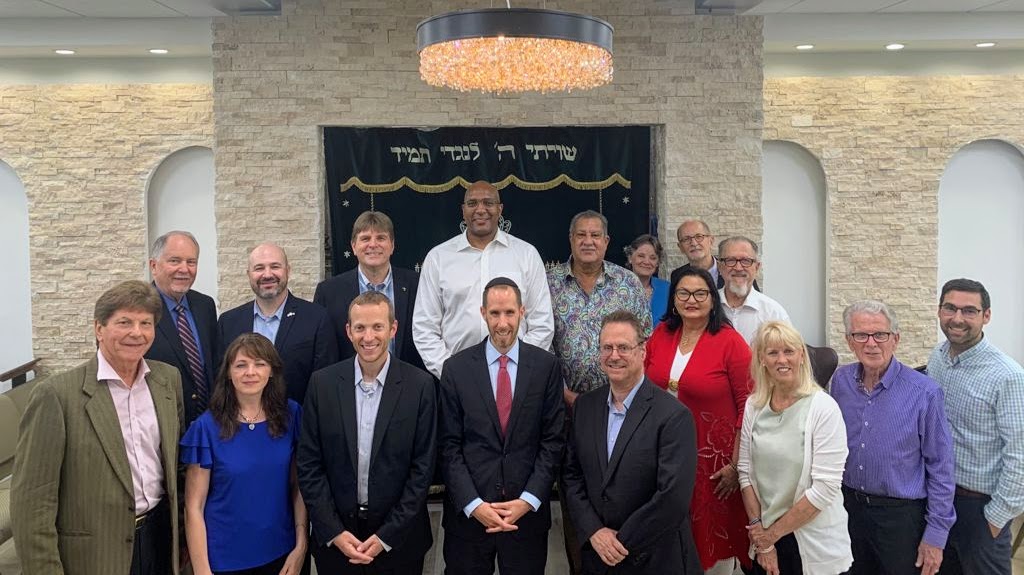 Israel advocacy became the buzzword of the summer after several high-profile issues shook the foundations of global support for Israel sending alarm bells throughout the pro-Israel community. Rabbi Tuly Weisz took a leading role as a thought leader and activist pushing back against anti-Israel sentiment and articulating a positive path forward.

Following the Gaza War and the onslaught of criticism against the Jewish State, Rabbi Tuly Weisz traveled to America to advocate for Israel and build stronger relationships between Christians and Jews. He wrote several opinion articles including pieces that appeared in Newsweek and the Jewish Press and spoke in synagogues and churches about the importance of changing the perception of Israel, “from the most hated country on earth to the most beloved.”

In Rabbi Tuly’s hometown of Columbus, Ohio, he organized a “Solidary Shabbat” where over 100 Evangelical Christians joined Sabbath services at the Beth Jacob Congregation. The unprecedented program was eye-opening for the Jewish congregants and well received by both Christians and Jews as reported by the Columbus Jewish News in their article, “Former Columbus rabbi launching the national interfaith partnership.”

Traveling down to Florida, Rabbi Weisz organized a leadership lunch for local pastors at the Boca Raton Synagogue, co-hosted by Pastor Mario Bramnick of the Latino Coalition for Israel. There, he shared his vision for building grassroots support for Israel.

Earlier in the summer, after a well-known Christian leader publicly threatened and attacked Israel’s new Prime Minister Naftali Bennett, Rabbi Weisz was the first Jewish leader to speak out and diffuse the dramatic situation, as reported by the Jewish News Service. He also spoke on Israeli radio to explain the situation to the Israeli public and help them understand that Christian support for Israel is bigger than any one individual, and is growing around the world.

At the Jerusalem Prayer Breakfast, Rabbi Weisz spoke to Christian leaders from around the world about the rise in anti-Semitism and the need to change the paradigm of Jewish-Christian relations to address the issue. The Jerusalem Post reported on the meeting, quoting Rabbi Weisz, “we are in a crisis and at a crossroads” and outlined his solution for moving forward.  “We need to forge a brand-new way of doing things. We need to urgently start building healthy relationships directly between rabbis and pastors and mobilize the most powerful, global, faith-based network of pro-Israel Christians with pro-Israel Jews.”