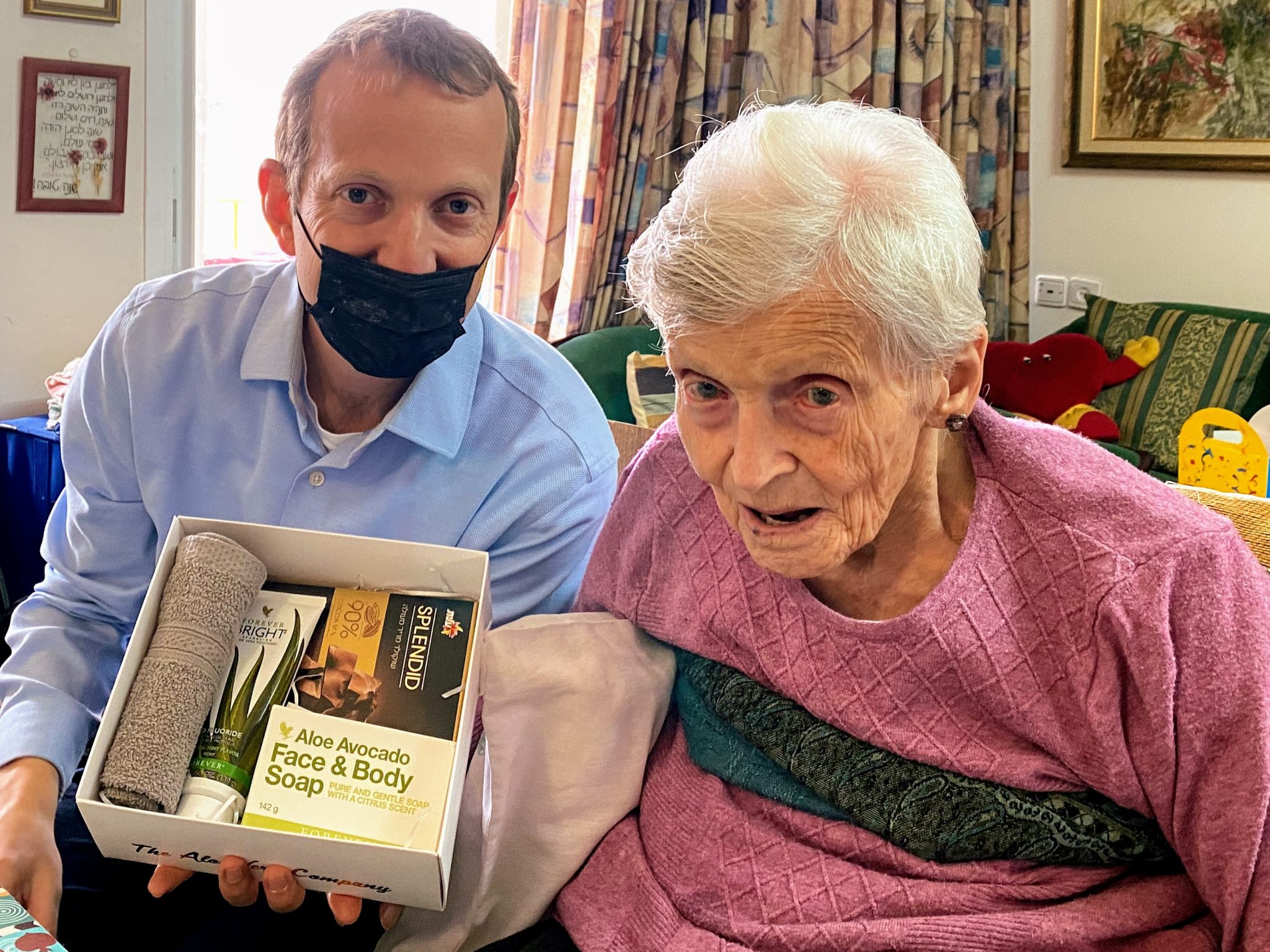 On Purim, while most of Israel was home enjoying a festive meal with their families, Rabbi Tuly Weisz and the people from Israel365 traveled around Jerusalem, distributing food baskets to Holocaust survivors.

This was based on a Jewish tradition of giving gifts of food on Purim, based on a verse in the Book of Esther:

“They were to observe them as days of feasting and merrymaking, and as an occasion for sending gifts to one another and presents to the poor. (Esther 9:22).” 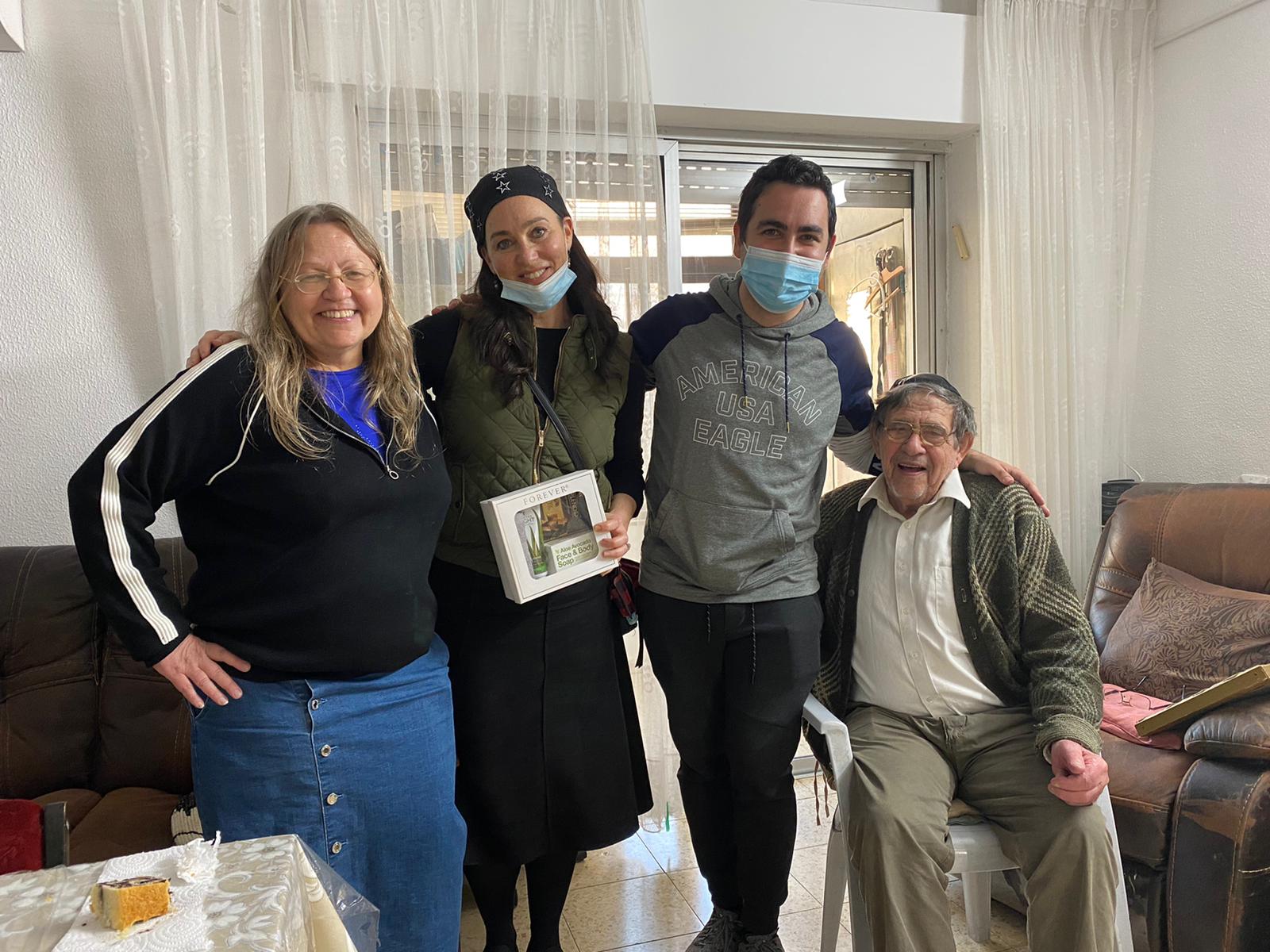 Israel365 volunteers bringing joy and cheer to a Holocaust Survivor on Purim, 2021

Though this tradition is almost universal, Israel365 focused its efforts on an especially needy group of people: Holocaust survivors, many of them suffering from dementia and other age-related ailments. These are members of the Israel365 family, people who receive ongoing support which includes weekly therapy.

Israel365 is focusing on helping this community as they are an important asset that is quickly disappearing. In an age in which Holocaust denial is a growing phenomenon, it is especially tragic that nearly 17,000 Holocaust survivors died in 2020, with 900 of the fatalities being attributed directly to the coronavirus pandemic.

The average age of the Holocaust survivors is over 85 years and Rabbi Tuly made sure the gift baskets were age-appropriate, taking into account the special dietary needs of the elderly recipients.

“It was a great zchut (merit) for me to go personally to visit our people,” Rabbi Weisz said. “These people bear witness to a modern-day Haman who tried to wipe out the Jewish people. For that reason, it is doubly important that they benefit and take part in the celebration of the eternal bond between the Jews and the God of Israel.”

Rabbi Weisz point out that the Book of Esther prophesied that people from other nations would join in the celebration recognizing God’s salvation:

“The Yehudim undertook and irrevocably obligated themselves and their descendants, and all who might join them, to observe these two days in the manner prescribed and at the proper time each year (Esther 9:27).” 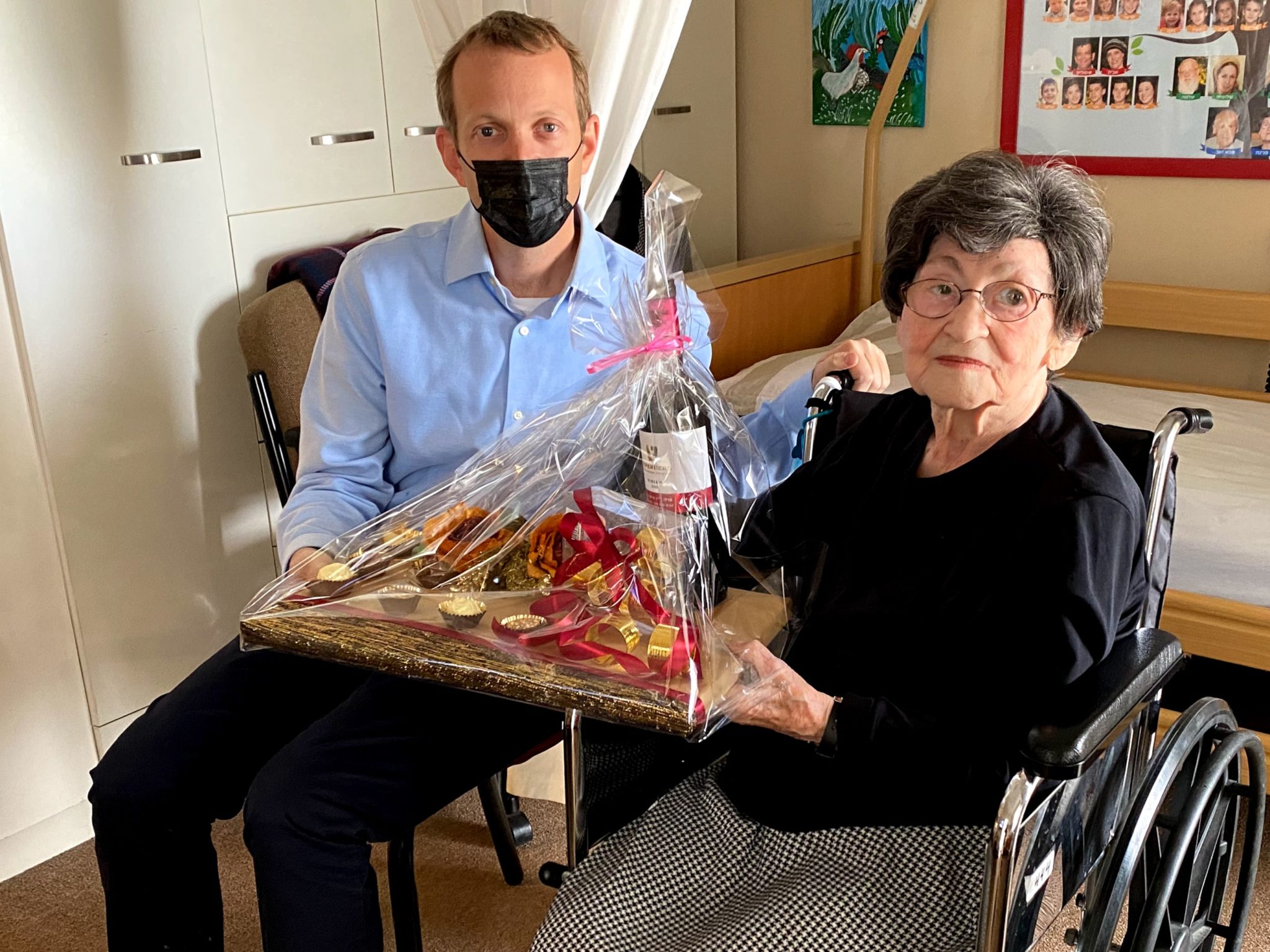 “And all who might join them,” Rabbi Weisz reiterated. “That is referring specifically to the donors who helped this event happen. They are helping us because they recognize the protection God gave and is still giving to his people, as witnessed by these survivors of the worst attempt to wipe out the Jews in history.”

“Sponsoring gift baskets to survivors of the Holocaust is a powerful way to remember what God did for the Jews on Purim,” Rabbi Weisz said. 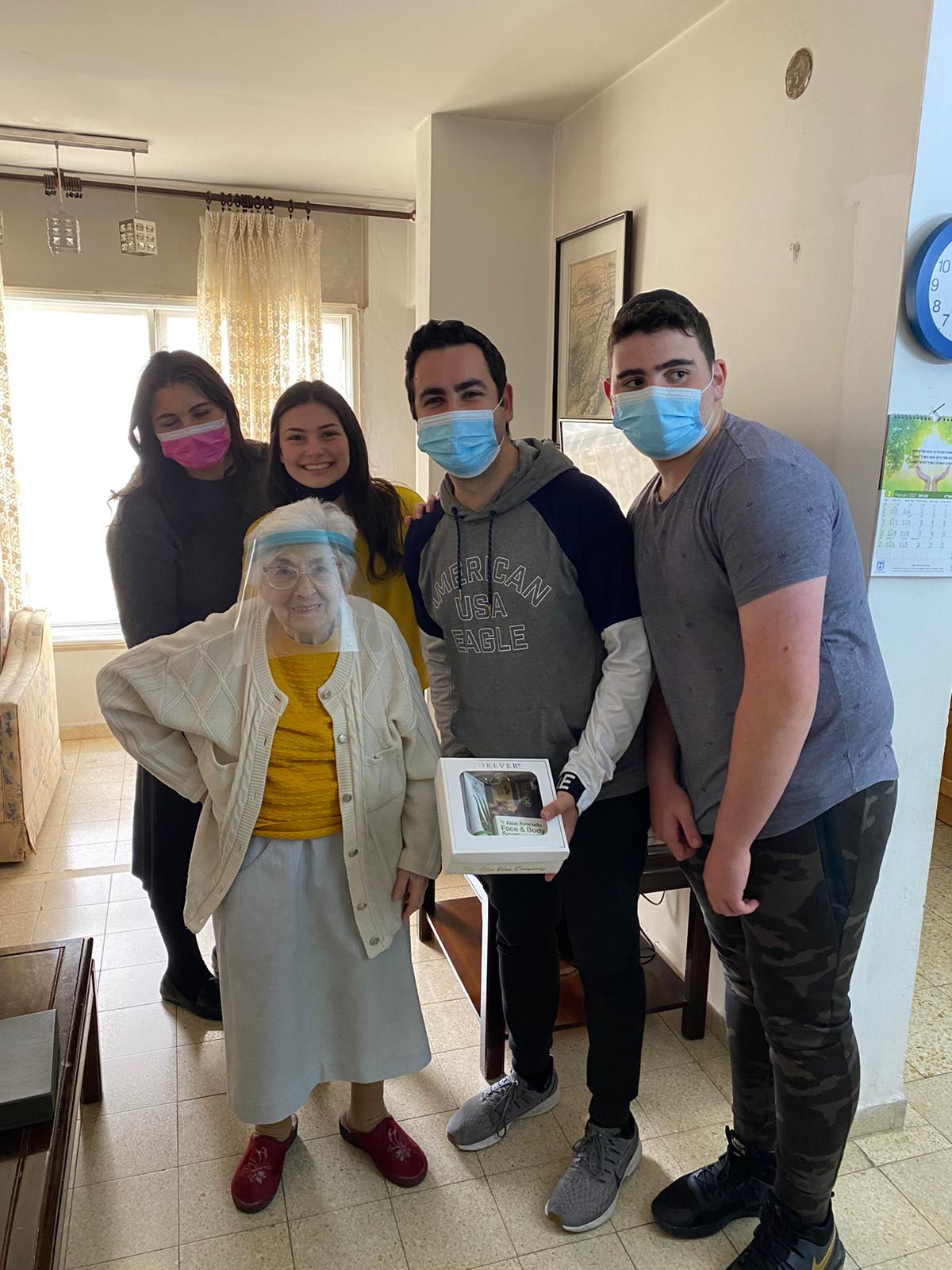 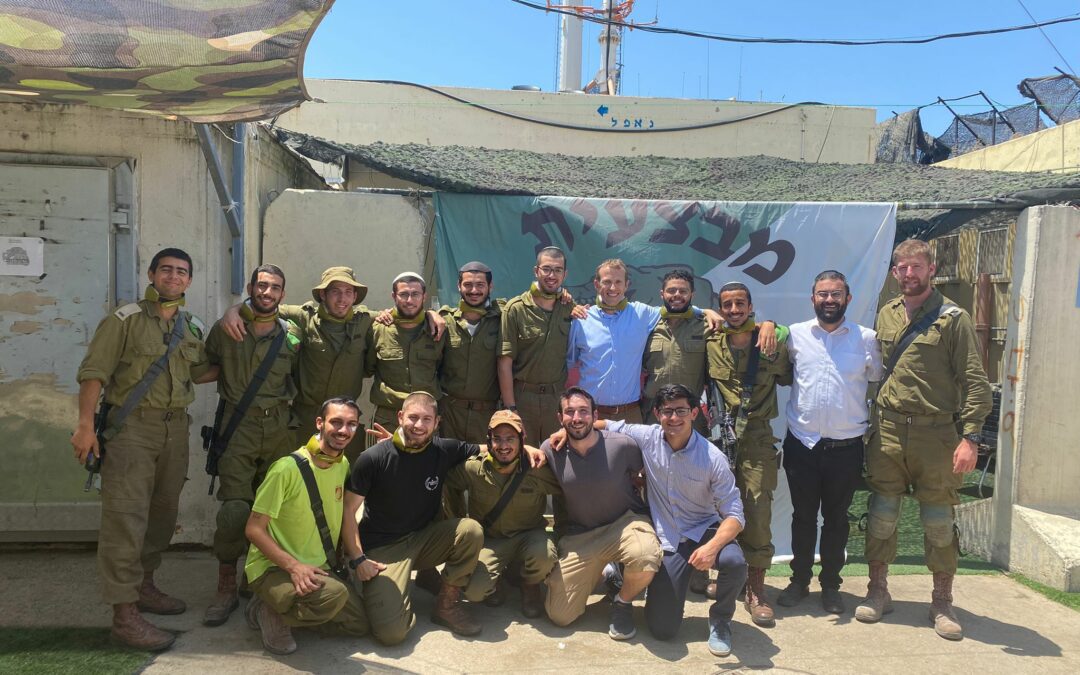 Last Thursday, Rabbi Tuly Weisz and Israel365’s staff visited an IDF base 30 meters from the Gaza border to deliver Cool Collars that Israel365’s donors provided! THANK YOU ALL! “The number of soldiers at the base had been doubled due to the security situation,...

Last Thursday, Rabbi Tuly Weisz and Israel365’s staff visited an IDF base 30 meters from the Gaza border to deliver Cool Collars that Israel365’s donors provided! THANK YOU ALL! “The number...