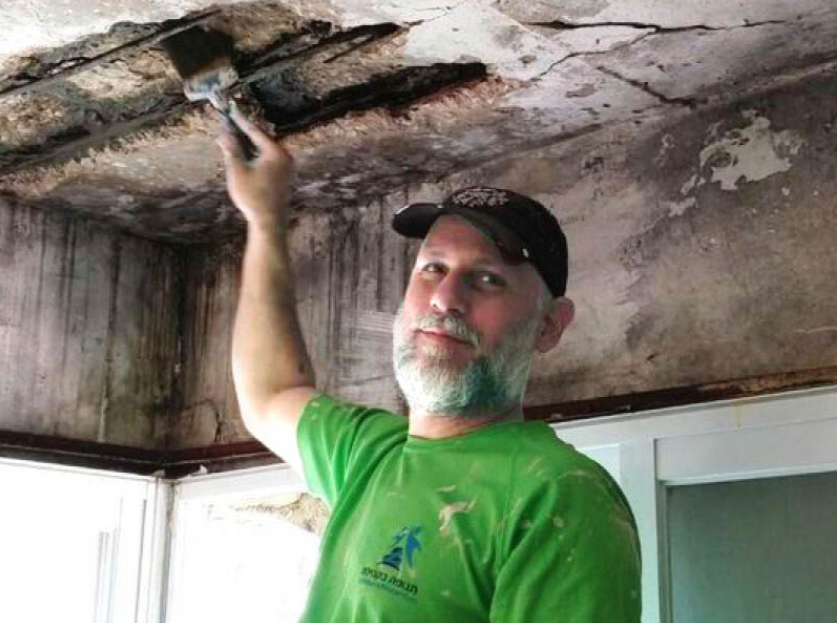 With thousands of generous Christian supporters behind them, the Israel365 Charity Fund is renovating dilapidated homes of Holocaust Survivors in preparation for the winter.

Rabbi Tuly Weisz, director of Israel365, explained: “The Holocaust is a tragedy that survivors today, 75 years later, are still plagued with each and every day. It is in spite of their tortured past that the Israel365 Charity Fund is working tirelessly to help enrich the lives of Israel’s aging Holocaust Survivors in order for them to live their final years in dignity.”

Jeremiah, the Biblical prophet, wrote about the rebuilding of the Land of Israel thousands of years ago: “I will build you firmly again, O Maiden Yisrael (Jeremiah 31:4).” According to ‘Building Hope’ CEO Gabi Nachmani, “Rabbi Weisz and the Israel365 Charity Fund completely share in our dream of ensuring that in the modern State of Israel, no Jewish family should live in a dilapidated home.” Says Nachmani: “Our vision is to create an Israel in which every citizen can live in dignity in a home that is safe, sanitary, and nurturing.”

As in many other countries, Israel faces a hard-uphill battle in fighting to ensure that all her citizens live well. Tenufa Bakehila has set out to enrich the lives of low-income families by ensuring the stability and dependency of their homes. It may seem a daunting task, but their hardworking team of volunteers will not stop until their “goal of wiping out the most desperate housing situations” is achieved.

Tenufa Bakehila’s volunteers have graciously given their time to help achieve Israel365’s vision. It is because of their extraordinary efforts that Israel365’s funding has been able to be used solely for covering the cost of construction materials; because of their selflessness, Israel365 Charity Fund’s endeavors have reached their maximum potential.

Jeremiah’s prophecy continued: “Again you shall take up your timbrels and go forth to the rhythm of the dancers.” This tells us that Hashem’s vision is for the Jewish people is not only for them to have a roof over their heads in their homeland, but to be secure and happy; to not only survive, but to thrive. There are many families in Israel that still need Tenufa’s assistance and the nonprofit promises that they will deliver, no matter what it takes; “one home at a time- family by family, city by city.”

In recent weeks, the Israel365 Charity Fund renovated the home of Holocaust Survivor, Leon Eizer, by making his home wheelchair accessible. “We received a call regarding an 86-year-old Holocaust Survivor with no hot water in Petach Tikvah,” said Gabi Nachmani. “His house needed fixing” and was in desperate need of “replacing part of its piping system and a new solar heating system.” What’s more, says Nachmani, “the walls and ceiling need extensive plaster work, and a new coat of paint.”

When Rabbi Weisz visited, Sarah Eizer explained that her father had broken four ribs when trying to step out of the bathtub. She had tears in her eyes when Rabbi Weisz assured her that thanks to the generosity of Christian supporters all over the world, her father would no longer have to struggle to use such basic amenities.

Expressing her deep gratitude, Sarah remarked that “we can’t change the past, but we can change the present” and build foundations for a better future.

To help fix up the homes of Holocaust Survivors in Israel and help them prepare for the winter, please donate to the Israel365 Charity Fund today.