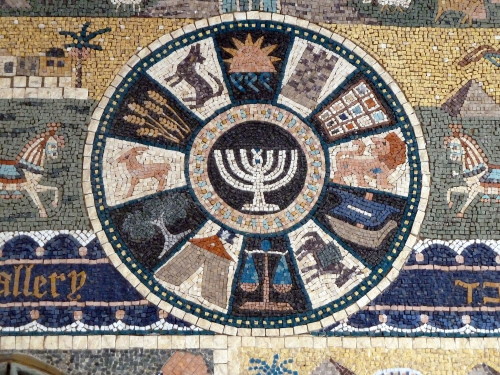 During this month of Tevet, the tenth month on the Jewish calendar and the first month on the Gregorian calendar, as we start the new year, the Lord is showing us vital truths that need our attention. The month of Tevet is a very interesting time on God’s calendar. Tevet is the crux between two points in time – darkness and light, silence and sound, pregnancy and birth, a time of waiting and a time of fruition – this is what the month of Tevet represents. The darkness of the winter season reminds us of the hope of the coming sun. During the month of Tevet we remember the past, we reflect on our present inner state, and we set our sights on the hope of the future. It is a time of midnight transitions – allowing all that needs to be done in the darkness to be completed so that we can transition into the time of the rising of the sun.

The decisions we make in a time of transition can determine our future. The choices we have been making and continue to make will become a pattern for what our future can look like. This month we will learn from the tribe of Dan and what can happen when we do not heed the warnings.

“Dan will provide justice for his people as one of the tribes of Israel. Dan will be a serpent by the roadside, a viper along the path, that bites the horse’s heels so that its rider tumbles backward.” (Genesis 49:16-17)

The name Dan means judge. Dan means to rule, to judge, or to execute judgment. One of the most well-known Judges in scripture is Samson, who comes from the tribe of Dan (Judges 13).

Comparing the tribe of Dan to a snake points to the advantages they have to surprise their enemies in crafty ways to overtake them.

Moses compares the tribe to a lion, pointing out the courage and resolution these animals have. Furthermore, Bashan is a mountain known for the fierce lions that lingered upon it so that they may surprise their enemies by leaping down on their prey in the plains below. We see many strengths in the tribe of Dan, especially in tactical warfare. Dan had the ability to surprise attack enemies without them knowing the tribe was even coming.

We see this also in Samson’s life. He was set apart even before his conception by the Lord to be a Nazirite from the womb to the day of his death (Judges 13:7). Samson is known for his amazing strength. He made intercession for the people of Israel by taking on the Philistines, but he had a weak spot. Samson did not heed the warning to watch his weak spot and close the door to it; instead, that weak spot led to his destruction. However, even in his death Samson was still used to carry out the plan of the Lord.

The tribe of Dan had a weak spot, as well. They were idolaters. The tribe of Dan were involved with the two greatest sins committed by Israel: the Sin of the Spies (Numbers 13-14) and the golden calves (I Kings 12). This weakness cost the tribe of Dan their inheritance and their protection. The tribe of Dan was the rearguard for the Israelites (Numbers 10:25), but due to their idolatry they were destroyed (Deuteronomy 11:1), “And the people grumbled and deplored their hardships, which was evil in the ears of the Lord, and when the Lord heard it, His anger was kindled; and the fire of the Lord burned among them and devoured those in the outlying parts of the camp.”

The tribe of Dan was once given very prominent positions in Israel. In Exodus we read of Oholiab from the tribe of Dan, who was the chief artist in the construction of the Tabernacle. Part of Dan’s inheritance was the spirit of creativity. They were to be judges for the people of Israel, they were anointed with skill, understanding and wisdom (II Chron.2:13).

At the moments when they came to the divine intersections in their lives, they chose wrongly, and did not trust in the Lord. Instead of being the ones who overcame the enemy with their anointing of surprise attacks, they themselves were overcome because they did not fear God, and became faint and weary and were attacked along the way and were cut off (Deuteronomy 25:18). In fact, because they were supposed to be the rear guard for all of Israel, they allowed the enemy into the camp, and idolatry spread amongst the people. The area that they inhabited is known as the Forbidden Place. Actually, today that area is occupied by the terrorist organization, Hezbollah. This weak spot even prevented them from inheriting the land that was allotted to them in Joshua 19:40-48. They did not have the Lord fully behind them, so they couldn’t fully remove the Canaanites from the land; therefore, they did not possess their inheritance. Instead of turning to the Lord and claiming their inheritance, they went to a different area and used their anointing to cunningly drive out another unsuspecting people. They trusted in the security of other people rather than in the security of the Lord, and they entered into this land and set up idols to worship (Judges 18:29).

We must break free from old patterns of slipping into complacency, thinking we still have all the time in the world, and wake up and realize the time is now to make the right decisions! We must align ourselves with the Lord so that no one, not even the rear guard, gets taken off the path.

Last month the Lord was calling forth the Captains to arise; He is also calling forth the Rear Guard to arise, so that we enter this new year and new season in full strength. Dan had an inheritance as a tribe of Israel, but because they did not heed the warnings, they did not receive their full inheritance. The Lord has been calling us higher and closer to Him in these last days. Let’s make a resolution at this divine intersection that we will heed the warnings, we will face our fears, we will allow Him to fully purify us and make us ready for all He has ahead for us. That we will submit ourselves to be trained for battle and that we will stand and fight! We will not back down from our inheritance, but we will trust in the Lord and not the securities of this world! Nothing can hold us back but ourselves.

Dan never fully possessed his inheritance, but we have the opportunity to walk in it! The root of Tevet is Tov, which means goodness, abundance and beauty. Part of the blessing of Dan was Bashan – which means fruitful ground. Bashan was one of the first territories the Israelites conquered. By abandoning all idolatry we will inherit Fruitful Ground!

We need to leap from idolatry into the fullness of our calling. We need to move from Idolatry (“Every man does what he sees is fit in his own eyes,” Judges 17:6) to True Worship (Shema-“Love thy Lord your God with all your heart, soul and strength,” Deuteronomy 6:5).