Making a Mockery out of the Egyptians
April 2, 2015 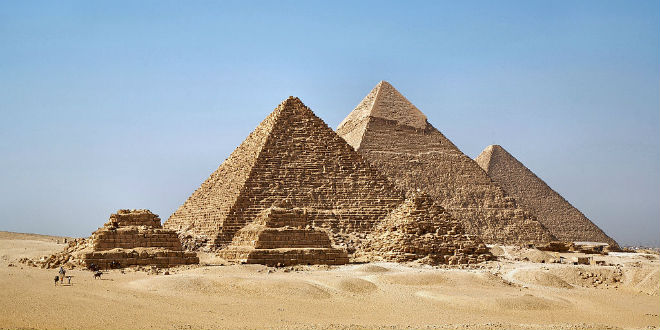 Why did the Almighty instruct us to tell our descendants that He made a mockery of the Egyptians? It is not enough that we know the history of the period and what happened?

Egypt was not just another nation of its time. Just as ancient Greece or Rome were the mighty empires of their respective ages, so too was Egypt the world superpower of its era. Egypt was regarded with awe, respect, and trepidation and admired for its mastery in many area. To this day tourists visit the massive pyramids and the world’s museums display the mummified bodies of the Pharaohs.

Nonetheless, the ancient Egyptian Empire was also evil, corrupt and in many ways bizarre. The idolatrous religion they followed included such strange practices as worship of sheep. Murder, even of babies, was commonplace, and illicit relationships were the norm.

From the Torah we learn the correct priorities in life, and that even a mighty empire is not to be admired unless it adheres to certain rules of conduct. We should not fall into the trap of assuming that the customs and pastimes of a nation possessing might and power are to be emulated, and this is especially true of our impressionable children.

This is true to this day: The so-called civilized world is in actually not very civilized at all. The moment one scratches the veneer, all the emptiness, unbridled hedonism, and self-serving pseudoscience is revealed.

Today, the Western World that prides itself on its rationality and logic clings to the outdated hypothesis of evolution, regardless of evidence to the contrary.

The supposedly developed world enables and often promotes the wholesale murder of unborn children via abortion, and is rapidly moving toward a sweeping endorsement of euthanasia.

Practices that were traditionally regarded as immoral and deviant are today embraced and celebrated.

Furthermore, the idols of today are often superior to sheep in their level of intelligence and most certainly inferior when one considers their low character traits and the immortality that is rampant in the world of “celebrities.”

It is not enough to see the world for what it is: One must actively seek to ridicule it; otherwise, it has an insidious habit of seeping into our subconscious minds and leading to corruption.