Lashon Hakodesh- The Origins of the Holy Language
January 5, 2016

It is believed that in the earliest age of man, that time before antiquity, when history began, everyone in the world could understand one another. In the book of Genesis, the bible states that the whole world spoke one language. This means that even travelers from distant lands were able to communicate with those they encountered, and both parties were still able to understand the words being spoken.  However, this fantastic advantage was only allowed for a certain period of time.

After the world wide flood during the era of Noah, man was told to populate the entire world again.  Man did not continue to focus on the message from God however, and instead they chose to build a tower that they believed would reach the heavens.  Biblical commentators argue about whether this included creating one uniform language to defy God and erase distinctions between cultures and tribes. God was displeased with their actions, which aimed to erase God and elevate man and chose to confuse the languages so that people working side by side to create the tower of Babel (note that “babble” in English means incomprehensible utterances) would no longer be able to understand each other. 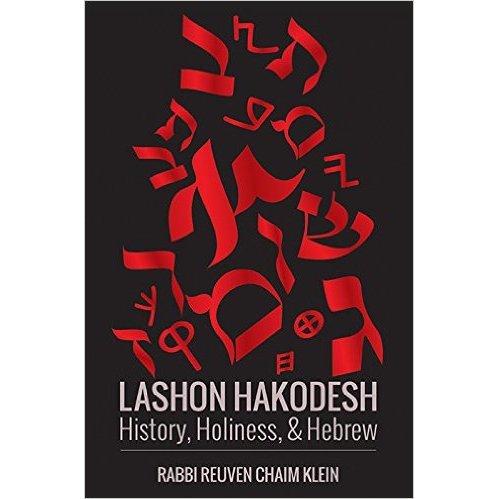 Sometimes language is considered to be a “Holy Language” by a religious group and none consider their ancient letters so holy, as the Jews.   Language used in the writing of sacred manuscripts is often deemed to be holy because of the important messages for the world that are contained within these texts.  The Bible is one of the most widely known sacred texts of all time.  It was written primarily in Hebrew, with a few books having been written in Aramaic.  Hebrew is perceived to be a holy language by a large number of people in the world, and there are around nine million people worldwide who currently speak the Hebrew language.

People who practice Judaism often speak the Hebrew language to some extent, however there are several differences between modern Hebrew, and the Hebrew of the bible. At the turn on the 20th century Eliezer Ben-Yehudah renewed the Hebrew language for the new State of Israel by deriving words from classical Jewish texts, yet today’s Hebrew has been influenced by English, Arabic and French and many words from those languages have found their way into everyday Hebrew jargon.

However, the Hebrew alphabet has a whole area of study devoted to its dissection and meaning, each letter studied individually. Many Hebrew texts are told to be studied carefully and analytically, with a close eye to each word and letter, deconstructed, with the warning that a misplaced letter is significant and can alter a passage’s meaning.

The meaning and mysticism behind the Hebrew from these texts, known as Lashon Hakodesh- “the holy language,” are, according to tradition, the words that were uttered by God to Moses on Mount Sinai and they are the words that were carved into the tablets where the ten commandments are inscribed.

The writings of the Jewish people are viewed as holy by Christians as well.  Christianity is the world’s largest religion and has in the past, encouraged its disciples to study the old testament in the original Hebrew.  Today, many adherents study and learn about the Jewish religious texts and the Hebrew language as well.

One book, Lashon HaKodesh: History, Holiness, and Hebrew, examines the Hebrew language from an analytical perspective that brings to light little known facts to help people gain a greater understanding and appreciation for the language.  It delves into the use of Aramaic in biblical writings, and what languages were spoken during different time periods in the Bible.  Rabbi Klein’s analysis provides fuel for the reader who will gain a great passion and understanding of the distinctiveness of the Hebrew language.

The author, Rabbi Reuven Chaim Klein, attended yeshiva in Los Angeles, Lakewood, and Jerusalem.  He received rabbinic ordination from highly respected rabbonim in Jerusalem, and has gained a great amount of admiration for the excellence of his research and writing.  He has published numerous articles in several prestigious journals, and resides with his family in Beitar Illit, Israel.

With his careful analysis and his vast research, one can appreciate the origins of the Holy Language and what it teaches us today about the hallowed quality of the words we speak.