The miraculous return of the People of Israel to the Land of Israel in our generation has been an incredible blessing. However, the Jewish people return to the ancient biblical heartland is not without its challenges. Many Jewish families suffer greatly from the stress and trauma of living under difficult circumstances, and the Israel365 Charity Fund has recently partnered with a shelter for battered women in Samaria to provide urgent relief for a number of women who were forced to leave their homes for a safer environment.

The Israel365 Charity Fund supports humanitarian causes throughout Israel. Most recently, Israel365 raised over $36,000 in one week for the family of a terror victim, Esther Horgan, brutally murdered by a Palestinian terrorist.

The coronavirus pandemic has wreaked havoc around the world. In addition to the devastating economic fallout, COVID is harming people in body and spirit. Many homes have become pressure-cookers of domestic tension and anger. Israel’s Ministry of Labor, Welfare and Social Services has for several years run a phone hotline that receives calls for victims of domestic violence. From January through October of this year, it received 7,200 complaints about violence – triple the figure of such calls during the same period in 2019. In addition, 2,885 new cases have been opened in the social services departments of the local authorities – an increase of 22% from the corresponding period during the previous year. It is estimated that some 200,000 Israeli women suffer from domestic violence.

After undergoing such an ordeal, women who have been battered require more than just a bed. They require a spiritually nurturing environment that feels safe. The community of Elon Moreh is a region of Israel that can provide that. When God sent Abraham from his father’s house, Elon Moreh was the first place in Israel he pitched his tent renowned for its welcoming environment and hospitality. It was this Biblical aura of healing that led Pinchas Gerber, director of Social Services in the Samaria Regional Council, to open a battered women’s shelter in the modern city of Elon Moreh about three years ago, providing a safe place for women who underwent abuse.

In a recent conversation with Israel365’s Rabbi Tuly Weisz, Gerber described the healing effect of the area.

“When people come here, they are treated to wide open space, the rolling hills and valleys of the Shomron (Samaria),” Gerber said, describing the Kabir Mountain range that surrounds the town. “The breeze, the fresh air; this all comes together to revive the body and spirit.”

“But what they don’t usually see at first is the spirit of Abraham blessing the place with loving kindness, the special trait that characterizes the first patriarch. Elon Moreh is in the heart of Samaria. It is rich with Jewish heritage, the stage for so much of the Bible.”

Gerber went on to explain that the idyllic surroundings provided a wonderful backdrop for family and community. But, he warned, at the same time, it generated unique difficulties, especially regarding earning a livelihood. Many of the residents are forced to seek work far from home, in the more urban areas of Israel.

“Just driving to work in Tel Aviv can take two hours or more,” Gerber told Rabbi Weisz. “That takes away from time spent with the family and adds pressure. The road to Tel Aviv and the other major cities pass through hostile Arab cities, adding to the pressures and worries.”

Gerber also described how the small, isolated, tight-knit communities have been hard-hit by the pandemic. In one town called Leshem, almost all of the residents tested positive. 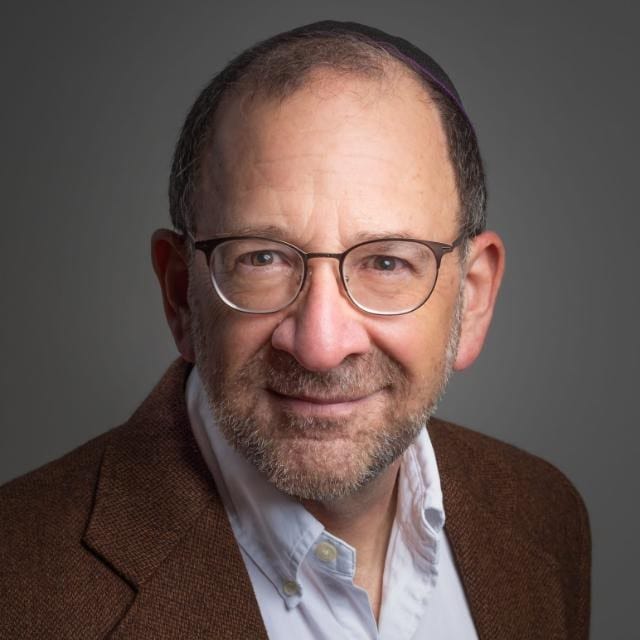 One of the nearby cities is Shechem (Nablus) where Biblical Joseph is buried, a significant reminder of family strife. Not only was Joseph mistreated by his brothers but his sister Dinah was perhaps the first female victim of abuse in Shechem.

The shelter is currently housing six women, all of them young, who have been severely abused by their parents, siblings, friends, or boyfriends.

“This can be physical abuse, mental abuse, financial abuse,” Gerber explained. “Some have gone through an experience with drugs in a desperate attempt to cope with an unbearable reality.”

In addition to providing a safe haven, the shelter is staffed with a social worker and an assistant to provide group and individual counseling.

“More than that, we give them a warm and loving home and time to heal,” Gerber said. “This is part of the process in which they learn to care for themselves; to make their own meals and to clean their room, and their clothes. They go to work as well. This is also an important part of the healing process, teaching them that they are not helpless victims.”

“They see staff and community that are genuinely concerned about their well-being. Sometimes for the first time, they feel that someone cares about them.”

The Israel365 Charity Fund is proud to support the women’s shelter in Elon Moreh and appreciates the prayers of those around the world for these women to have healthy and productive lives.

To learn more about and support the Israel365 Charity Fund, please visit their website here.