Today marks the 2nd anniversary of the passing of my beloved father, Michael Weisz. He was the major influence on my life, and I think about and miss him every single day.

My father’s top priority was his family and he was a proud father and grandfather and a devoted husband. As one of just a few Jewish attorneys in Columbus, Ohio, he always tried his best to represent the Jewish people in an honorable manner, which he did every day. “Justice, justice shall you pursue” was emblazoned upon a piece of artwork hanging in his office for all to see, and he took great pride in serving his clients in the pursuit of justice.

My father was a leader of the local Jewish community who helped build many important institutions to strengthen Jewish values. His lifelong commitment to Torah education was manifest in everything he did, and he took great pride in helping to create a better Jewish future for the next generation.

It was therefore a real honor to commemorate his life and legacy last evening with a special program at the Israel365 Lone Soldier Center. 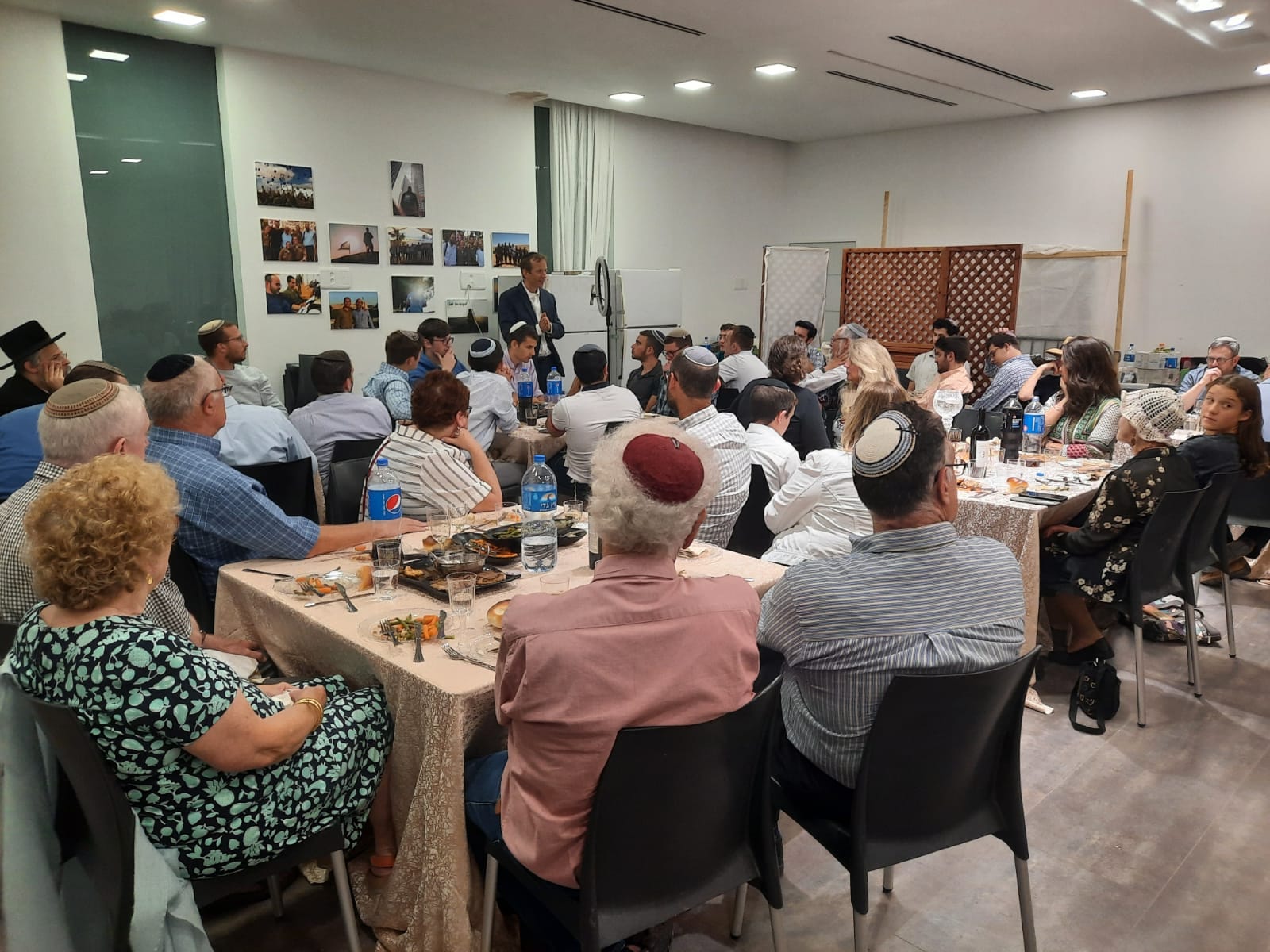 The Israel365 Lone Soldier Center supports young men who are enlisting in the IDF.  To prepare for the Israeli army, each day these volunteers from the United States exercise rigorously, study Hebrew intensively and study three chapters from “The Israel Bible” in earnest to complete it within the year.

My father was extremely committed to “The Israel Bible” and I am grateful for the opportunity to have dedicated the first volume in his honor. I will always remember taking the first book that came from the printer and presenting it to my father while he was undergoing chemotherapy and seeing just how proud he was.

The highlight of the program last night was when one of the young men stood up to discuss the lessons he learned from the Book of Judges. Judges describes a difficult era of lawlessness and violence where “each man did what was right in his own eyes.” The soon-to-be soldier described the critical need for strong leadership, which is why he changed paths in life and choose to volunteer to serve in the IDF. It only then occurred to me that no one is doing more to “pursue justice” than the Israeli army.

It is therefore deeply meaningful to me and my family on my father’s second “yahrzeit” that there are young men preparing for the IDF by studying Torah from “The Israel Bible” as a wonderful continuation of my father’s legacy.

May his memory be a blessing.