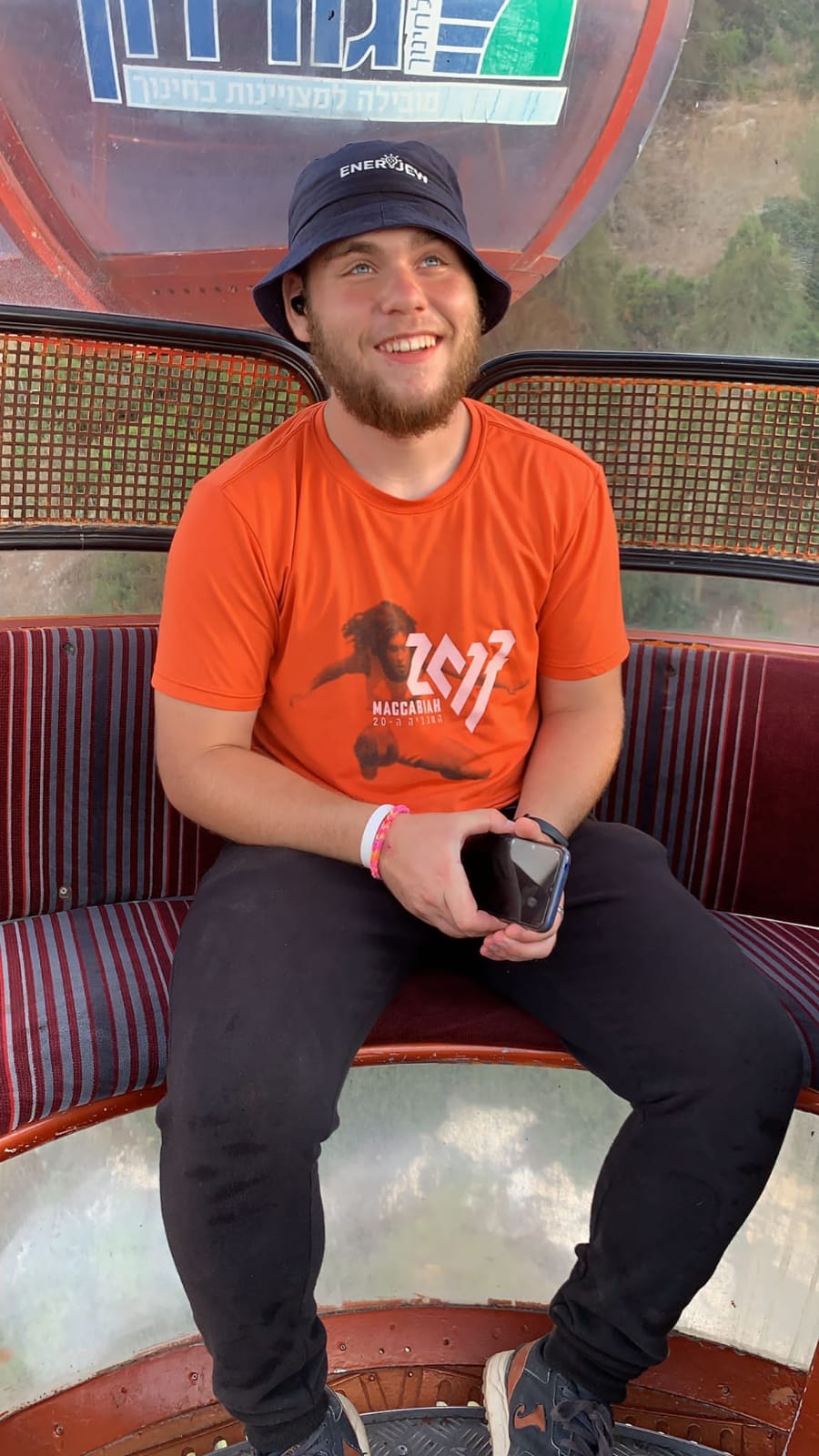 David, now 17 years old, grew up in Mariupol, Ukraine, raised by his elderly grandmother. Sadly, he never knew his mother or father.

At 11 years old, David was brought to the Alumim orphanage, where he found love, friends, and a new direction in life. He also discovered a love for Torah learning, which he pursued with enthusiasm.

Shortly before the Russian invasion in February, David returned to Mariupol to care for his sick grandmother. Unfortunately, he got trapped in the Russian siege of the city.

For weeks, he lived in a tiny apartment with his grandmother and uncle. Food was scarce, and terrifying rockets and explosions became a part of daily life.

One day during the siege, while David and his uncle were out searching for food, a rocket exploded next to them. David was miraculously untouched, but his uncle was killed on the spot, right in front of his eyes. David was traumatized and broken.

A few days later, local rabbis smuggled David and his grandmother out of Mariupol and then to Israel. It was not an easy journey. The only things David took with him were the clothes on his back, his tefillin, and his Torah books.

This past summer, David was reunited with the orphanage. Suffering from serious post-traumatic stress disorder, he has needed ongoing therapy to help him process the traumas of the siege and his uncle’s death.

Today, David is enjoying his Yeshiva day school in Ashkelon. He’s also taking a course in industrial computer programming which he loves.

He plans to enlist in the IDF next year, and from there, the sky’s the limit. In the start-up nation of Israel, everything is possible!

David is one of 35 Jewish Ukrainian orphans whose lives you can make even better.

Donate now to help David and the other orphans fulfill their dreams in Israel!