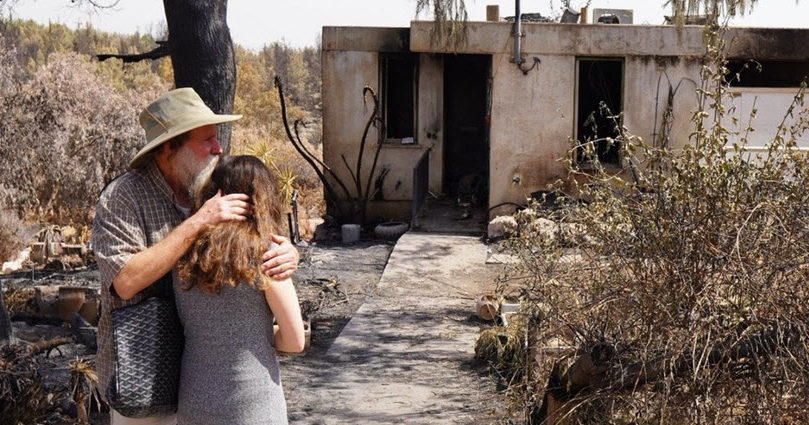 Terrorism is, unfortunately, a fact of life for millions of people in countries across the globe, but especially in the Land of Israel. In Israel, Jewish residents of Judea and Samaria in particular face constant terror and violence from Palestinian Arabs in response to their efforts to dwell in their ancestral homeland and to establish roots in the Biblical heartland.

When, heaven forbid, a terror attack happens in Israel, Rabbi Tuly Weisz of the Israel365 Charity Fund brings a human touch to the news headlines, with the help of pro-Israel Evangelical Chiristian Zionist donors from all over the world.

Rabbi Tuly Weisz has personally visited many houses of mourning, bringing a message of support and consolation to the bereaved families from Christian donors of the Israel365 Charity Fund.

“When the bereaved families learn that Christians around the world love and support them, it makes a huge impact” said Rabbi Weisz.

Donate today to the Israel365 Charity Fund to support Israeli victims of terrorism.

When Ari Fuld was murdered in 2018, Rabbi Tuly spoke with Ari’s family about the special talents Ari Fuld possessed and how Israel365 supporters were moved to assist the bereaved family. At that visit, the family conveyed their deep appreciation, “We’re all touched, and we all know, whether you’re Jewish or non-Jewish, it means so much to our family.”

A few months after Rabbi Achiad Ettinger was murdered by Palestinian terrorists in 2019, leaving behind 12 orphans, Rabbi Tuly visited his widow Tamar to offer comfort and support. He shared with viewers a translation of a message from Tamar Ettinger about her husband’s faith in God. “What I learned from Tamar,” Rabbi Tuly shared, “Is that we must be strong, especially when life is challenging, and that we must have faith. Even though, I presented a donation, more than I gave to her, she gave to me.”

Sometimes, the Israel365 Charity Fund has a chance to help a terror victim rebuild after a violent attack. This was the case when Rabbi Tuly visited Yael Farbstein’s Honey Farm in Samaria which was vandalized by local Arab terrorists. Farbstein lost thousands of bees and almost all of her honey for the season, a loss made especially poignant in light of the fact that the Bible associates the Land of Israel with honey.

He brought us to this place and gave us this land, a land flowing with milk and honey. Deuteronomy 26:9

When Rabbi Tuly brought this story to the attention of Israel365 supporters, generous Christian donors from around the world helped Farbstein rebuild her honey farm, restoring it to its former productivity.

In July 2017, Rabbi Tuly attended a special gathering, a ritual circumcision of a child born in the Solomon family just a week after terrorists murdered three family members who were together celebrating the Sabbath. He passed on letters of support and a contribution for the family from supporters of Israel365 to a woman whose husband was murdered. She asked Rabbi Tuly to  share her thanks for the letters and for the financial support Israel365 was able to deliver to her family.

After the bittersweet ceremony, Rabbi Tuly shared with supporters that the family recalled a meaningful verse from the Book of Ezekiel.

Rabbi Tuly translated the verse from Hebrew and elaborated, “That’s the story of the Jewish people. There’s so much bloodshed, but we don’t give up. We live on. Am Yisrael Chai!”

The Israel365 Charity Fund helps Christian supporters comfort those in Israel who have lost their lives and property from acts of Palestinian terror and violence. By distributing your charitable donations and messages of support to Israeli victims of terror, Jewish families are strengthened and encouraged to live on, even after suffering from devastating losses due to terrorism. 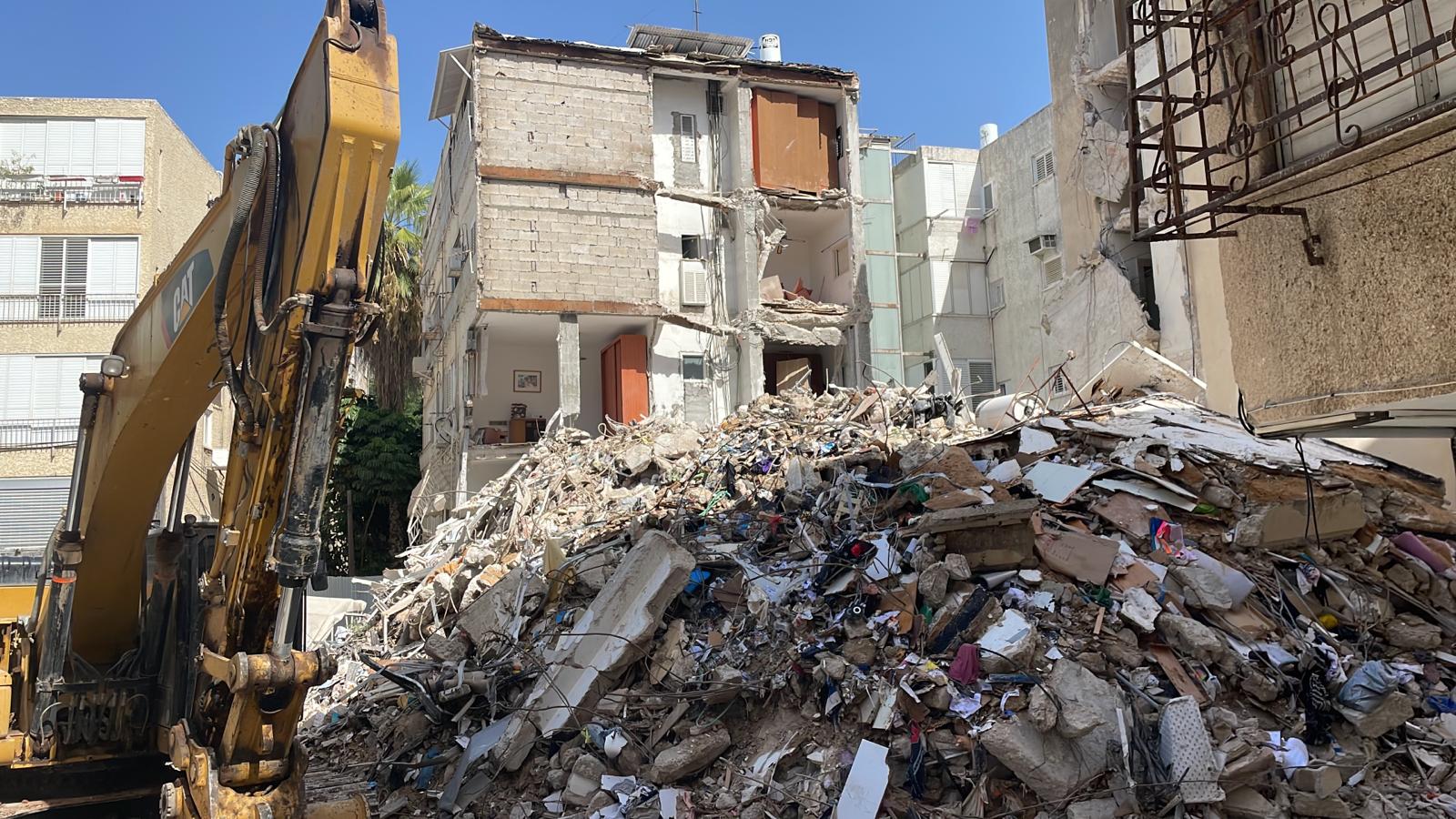 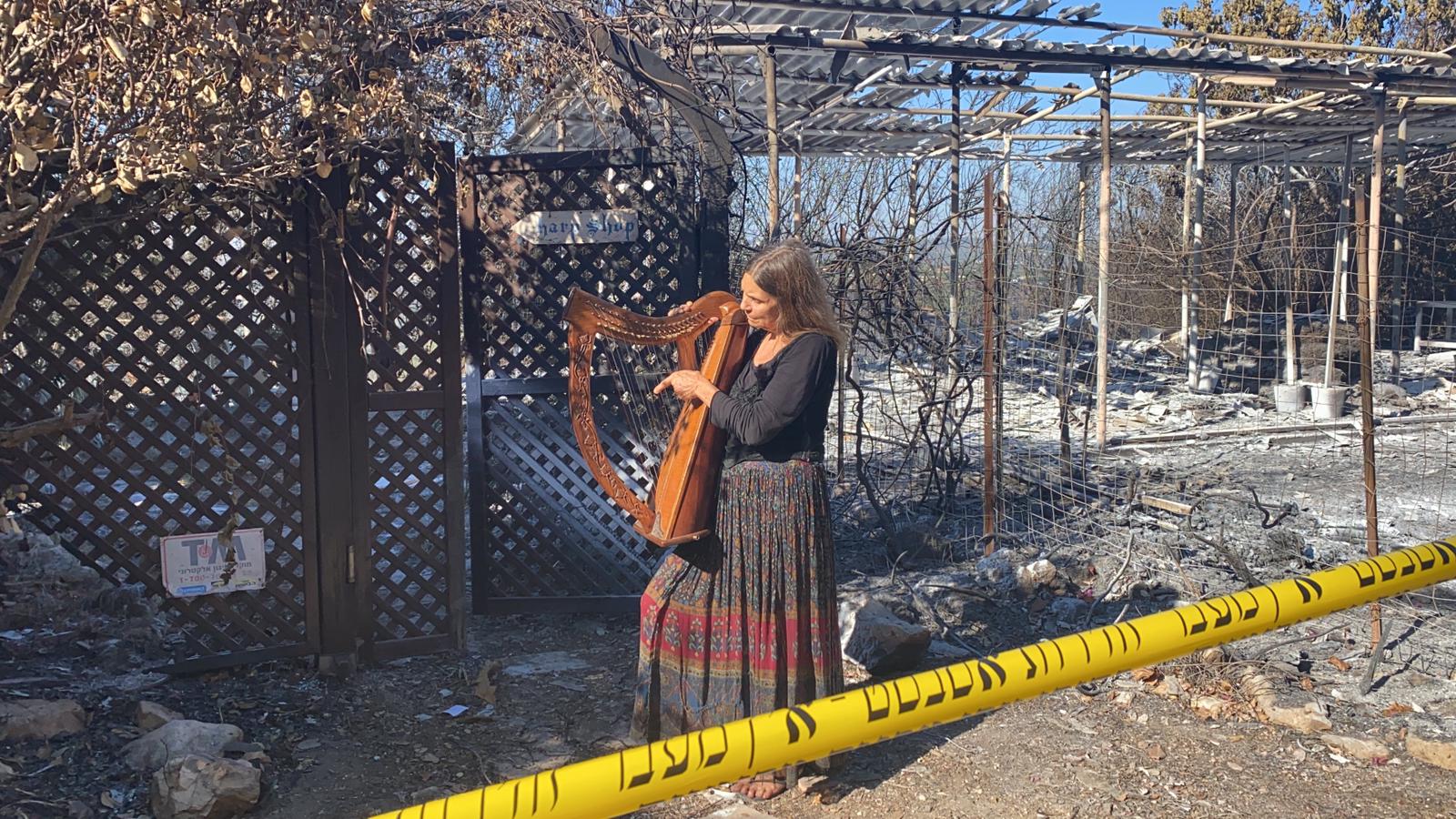 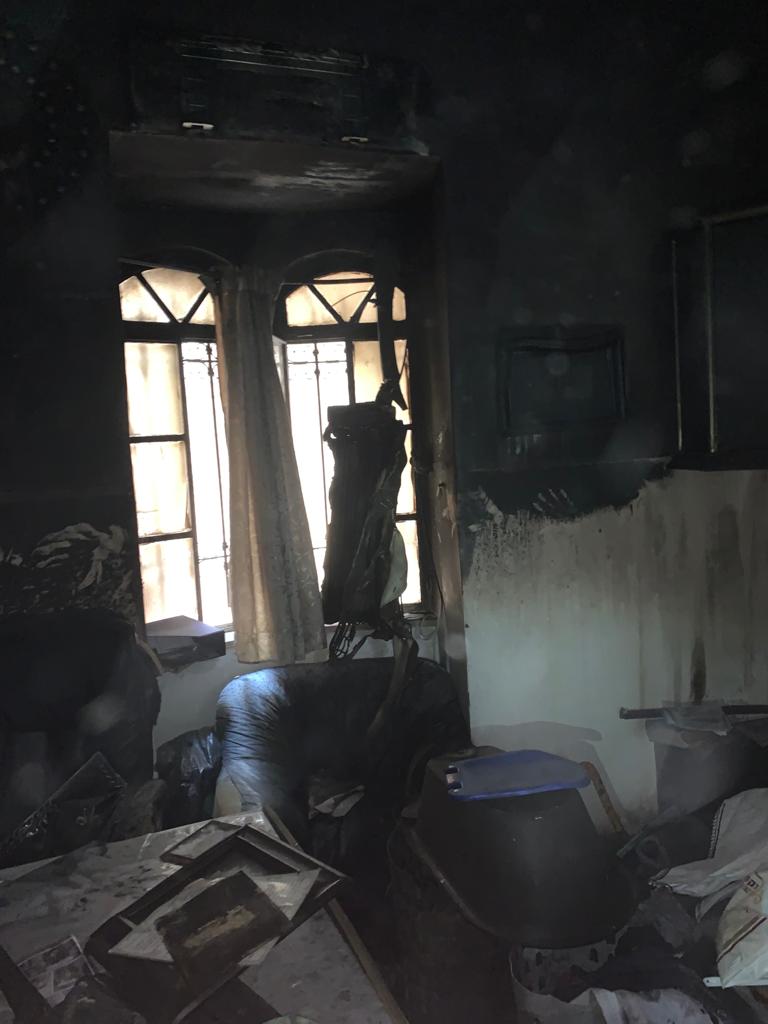 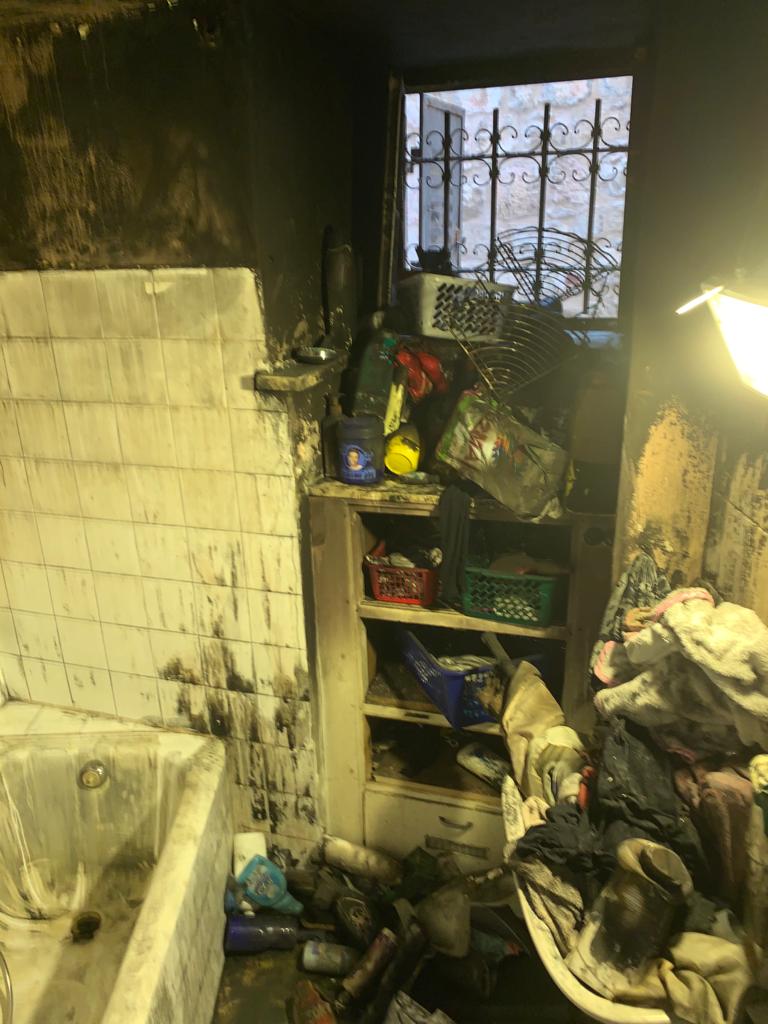 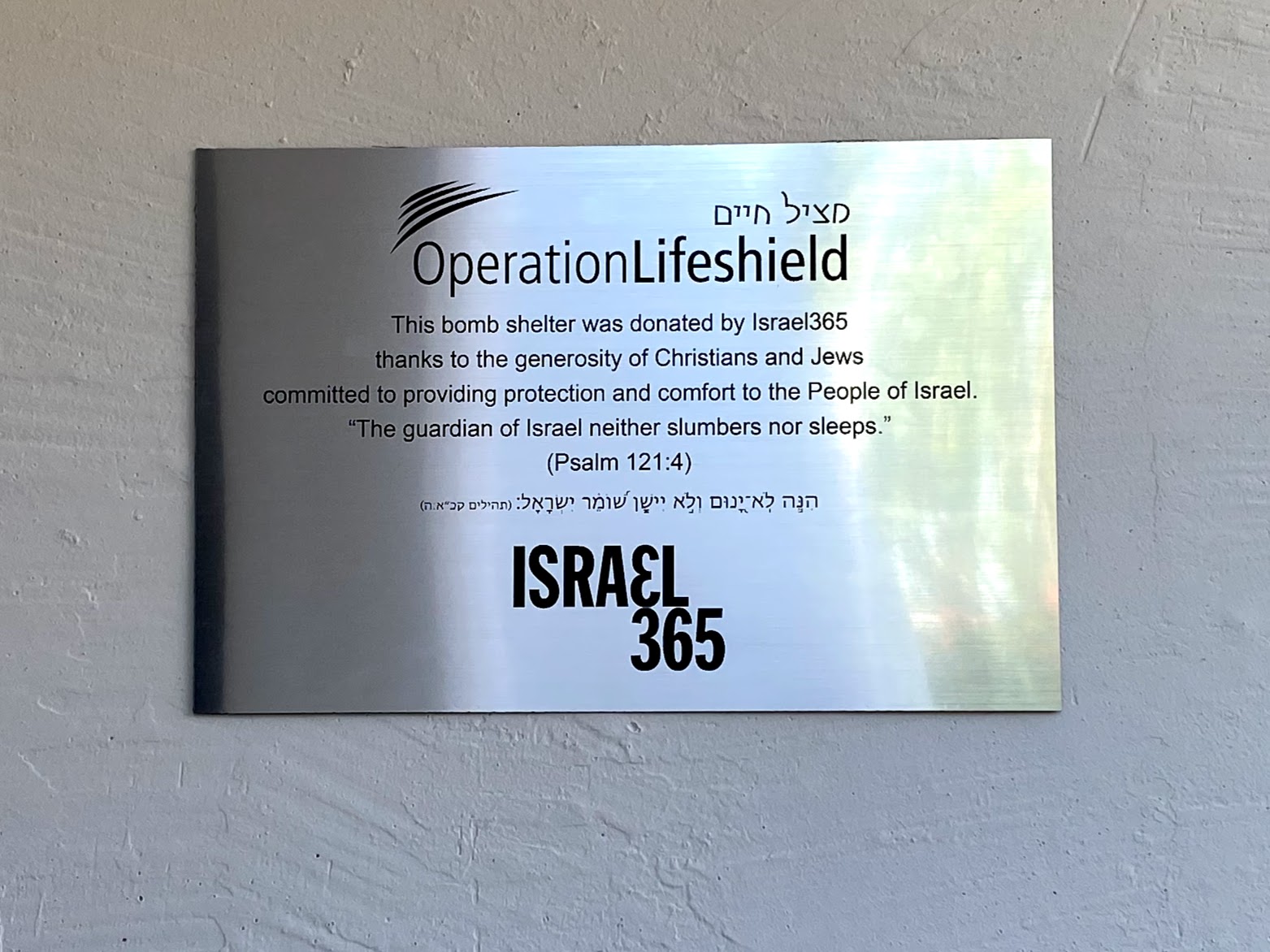 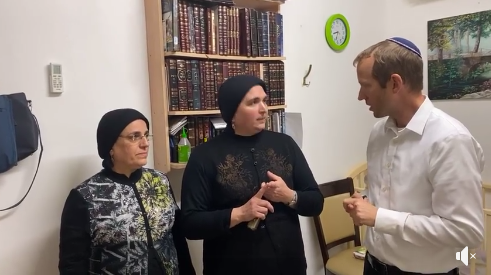 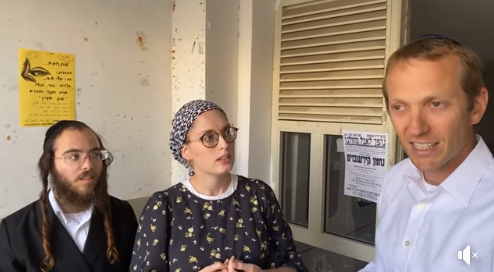 "I heard about this initiative and really appreciate it so much. And I wanted to tell everyone who took part in this support that we are deeply touched and obviously also it was really a great comfort to us.”
Benjamin Horgan
Husband of terror victim Esther Horgan
“The warmth and the support from everybody it's just unbelievable…Thank you from the bottom of our hearts for your support and your love.”
Shoshana Berman
Sister in law of terror victim Ari Fuld

Why do victims of terror need my support?

In many cases, when a parent of children is killed in a terror attack, the family loses two incomes - one from the late victim and the other from the spouse who is usually compelled to quit their job to raise the orphaned children by themselves. This is why it is so important to help the families affected by terror and show them that we care and that we’re all in this together.

A letter from our founder, Rabbi Tuly Weisz

I started Israel365 in 2012 as an email to friends and family. The goal was to connect the Lovers of Israel with the Land and People of Israel, every day of the year.

“It is a land which Hashem God looks after, on which Hashem your God always keeps His eye, from year’s beginning to year’s end.” (Deuteronomy 11:12)

Ten years later, Israel 365 has blossomed. We now bring the Land of the Bible into the homes and hearts of millions of Jews and Christians around the world. Our readers love our daily emails, our Israel Bible, and the causes we support. Our regular charity projects in Israel include renovating the apartments of Holocaust survivors, programs for IDF soldiers, and assisting terror victims financially. We also plant trees to beautify the Land, and support farmers who observe the Sabbatical (Shemittah) year.

Please join us and bring the blessings of the Land and People of Israel to the whole world.

“I will bless those who bless you…And all the families of the earth will bless themselves by you.” (Genesis 12:3)