Biblical Passover Miracles? That’s Nothing Compared to What God Has in Store for Israel in the End Times
March 26, 2015 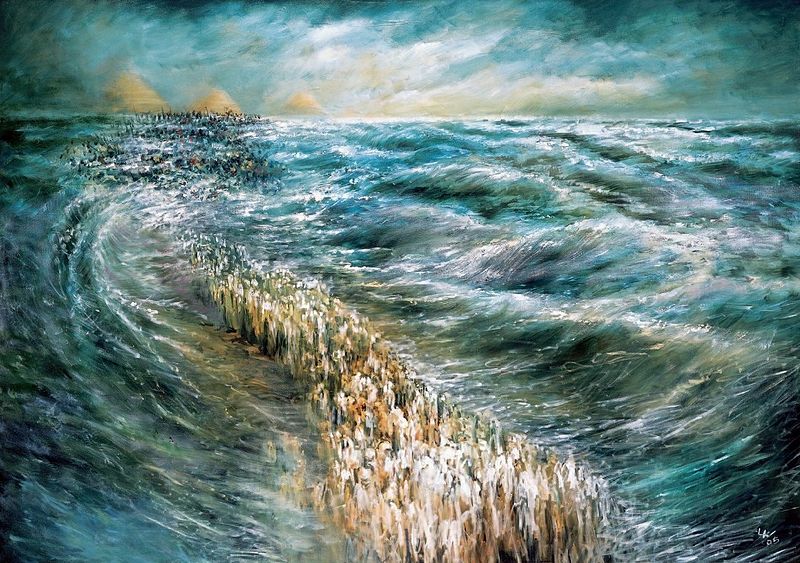 While we all love and enjoy Passover, Jewish tradition says something surprising about the future of this beloved holiday.  According to one opinion in the Talmud (Berachot 12b), in the end times, the Biblical miracles of Passover will be completely overshadowed by what God has in store for us in the future.

Blood, Frogs, the Splitting of the Sea … that’s nothing compared to what the Almighty has planned for the future redemption of Israel and the world.

How could there be any miracles greater than the 10 Plagues?! How could anything top the Exodus from Egypt?!

The answer lies in a close reading of Jeremiah 23:

’Behold, days are coming’, says the Lord, ‘when they will no longer say, ‘As God lives, who brought the Jews out of the Egypt,’ but, ‘as God lives, who raised and returned the Jews from the northern lands and from every country into which I had driven them, and they will dwell on their own Land.

What will make the future redemption even greater than our Exodus from Egypt is that it will be accompanied by the greatest biblical miracle ever imagined: the Ingathering of the Exiles.

After 2,000 years of separation from the Land, it would be historically unprecedented if even a small number of Jews were to rediscover our ancient homeland.  However, Jeremiah promises that Jews will return, not only as an isolated community, but from all four corners of the world!

On the most basic level, this pipe dream would have been logistically impossible just one century ago: the communication and transportation challenges were insurmountable.

There was no one language to communicate with all of world Jewry.

And even if there was, there was no way to reach all of them spread out to the far flung corners of the earth.

And even if, by some miracle, you could communicate with them, there was no good way to get to the Promised Land.

And even if, by some miracle, somehow, large numbers of Jews got to Israel, there was not even the most basic infrastructure to absorb them: there were no modern roads, plumbing or any other kind of industry to speak of.

Who could have imagined, that in the last century, entire Jewish communities have picked up and resettled in the Land of Israel, just as the Prophet described?

Who could believe that for for the first time since Jeremiah spoke those words, a majority of the world’s Jewry lives under a Jewish government, in one of the most advanced countries in the world?!

The first Israeli Chief Rabbi Abraham Isaac Kook (1865-1935) explained that this is precisely why the miracle of our future/current redemption is even greater than the miraculous Exodus from Egypt. It would have been easier for God to break the laws of nature like He did with the Ten Plagues and the Splitting of the Sea, then to orchestrate our return to Israel through natural means.

Yet, in His Divine wisdom and great mercy, He has begun to do just. Our generation has been blessed to see the miraculous restoration of the Hebrew language, the ingathering of Jews from Arab and African countries, the upheaval of the Holocaust and the rebirth of the Jewish State after 2,000 long years of exile.

Passover is our time to explore the miracles that God performed us long ago and appreciate His active role in our own lives as well.

Those of us fortunate enough to live in this generation where we see with our own eyes the fulfillment of these grand Biblical prophecies were put here for a reason and must not merely stand by as passive onlookers.

This Passover, make a commitment to connect with Israel, pray for Israel, bless Israel and play a leading role in the most exciting drama of human history and the greatest Biblical miracles ever described.