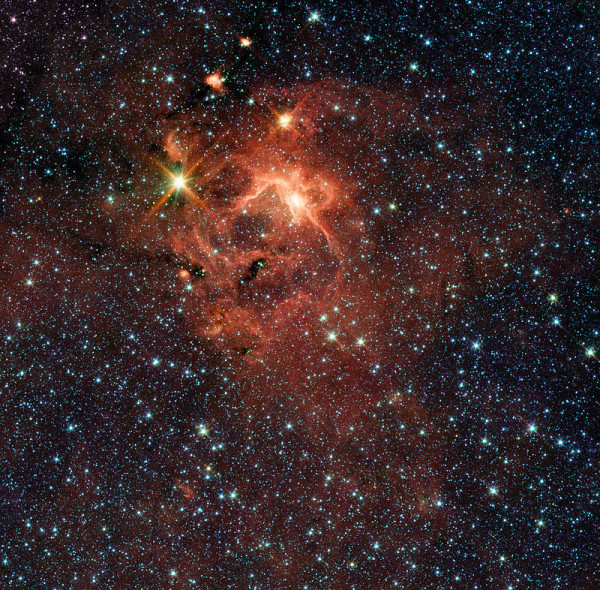 Was the world really created in just 6 days or are scientists correct that it took 13.8 billion years?

Since God is the one who created the world, a world which contains all the laws of science and nature,[1] there can never be a conflict between science and the Torah (Bible).[2] If there does appear to be a conflict, it means that we either need to get a better understanding of the Torah, a better understanding of the science, or perhaps we need a better understanding of both.[3] Biblical commentators disagree as to whether the first 6 days of creation were literally 24 hours each[4] or if they were actually much longer than 24 hours.[5] It is important to note that those commentators who maintain that each “day” actually represented a much longer period of time espoused their positions hundreds of years ago, well before scientists postulated that the world is 13+ billion years old.[6] As such, they are not reinventing/reinterpreting the Torah in response to recent scientific discovery.  With regard to the 7th day of creation (the Sabbath), the general consensus is that time functioned normally once Adam was created on the 6th day, which would make the world 5773 years old, plus 6 “days”.
Here are some of the many possibilities:

1.  Since the sun wasn’t created until the 4th day, it would make sense that at least the first 3-4 days were not 24-hour days.[7] Days 5-7 could still be 24-hour days, but the first 4 days could represent billions of years.

2.  Each “day” of creation could really represent an equal number of thousands, millions or billions of years. So if the world is 13.8 billion years old, each “day” would really be 2.3 billion years.

3.  According to scientists, most of the 13.8 billions years since the “Big Bang” involve development well before the existence of planet Earth, which is part of a relatively young solar system.[8] Assuming that God’s “clock” co-existed and tracked the mass/energy that would eventually form our planet, and since time passes more slowly when moving more quickly,[9] then when His “clock” was surrounded by mostly energy in the earlier stages, time would have passed more slowly. As such, day one of creation (when the energy would have traveled close to the speed of light and, therefore, time would have traveled very slowly) would have actually been the longest day and day 6 would have been the shortest day. One theory is that each day was exactly half as long as the previous day, which would have corresponded to the slowing speeds, creating a nice correlation between the scientific theories and the biblical narrative of what took place on each day.[10]

4.  Going with the literal approach, in which each of the 7 days were 24-hour days as we know them, it could be that some of the miraculous events since the beginning of creation, such as the intense water pressure during the flood of Noah or the intense heat during the fiery destruction of Sodom, could have somehow corrupted our scientific methods for dating things.[11] According to this approach, the entire universe is really under 6,000 years old.

5.  Another literal approach, again posited over 1,000 to 1,500 years ago, maintains that our world was preceded by other worlds.[12] As such, all of the billions of years’ worth of history, possibly even including dinosaurs, can be accounted for in these previous worlds.

6.  Another approach that maintains that the world is less than 6,000 years old is that God created the world in 6 days, but did billions of years’ worth of work each day. In other words, in answer to the famous question, “What came first, the chicken or the egg?” the answer would be the chicken. The Garden of Eden was created with lots of vegetation, including fully-grown trees, which would have been seen as hundreds of years old. Adam and Eve were created as fully grown adults. So too, God created a world in its mature/ready state, which would show the signs of billions of years’ worth of growth and development.[13]

Unlike the Torah, which we believe to be absolute, scientific knowledge is a fluid process. Scientific “facts” change multiple times, as new discoveries yield new and changing theories and “facts.” One great example of what was once accepted as a scientific fact was the universal belief that the earth is flat.[14]

There are often times when it takes the scientific community hundreds or thousands of years to eventually confirm concepts already written in the Torah over 3,000 years ago. For example, bris milah (circumcision) is a Torah mitzvah (commandment) that all Jewish baby boys must be circumcised on the 8th day of their lives (unless medical issues cause a delay).[15]

The longstanding Jewish practice of circumcision on the 8th day has been ridiculed through much of history as barbaric and unsafe.[16]

The practice was banned in many countries and it was even termed a “barbaric and bloody rite” by the Reform movement of Judaism in the 19th century.[17] But with further scientific advances over the past few decades, most medical experts now agree that properly performed circumcisions offer many health benefits for Jews and non-Jews alike.[18]

Most doctor-administered circumcisions are done within the first two days of birth, before the baby even leaves the hospital.[19] However, the baby’s vitamin K and prothrombin levels are below normal levels, which can lead to hemorrhages that can even produce serious damage to internal organs, especially to the brain, and cause death from shock and exsanguination.[20] While the most serious consequences are unlikely to occur, doctors routinely inject the baby with vitamin K supplements,[21] prior to the circumcision.

Amazingly, the natural development of vitamin K and prothombin levels in a baby reach, and even exceed, the normal quantities exactly on the 8th day![22] So a baby receiving a circumcision on the 8th day would be in the best position to avoid the possible side effects of hemorrhages,[23] without the aid of any supplements.