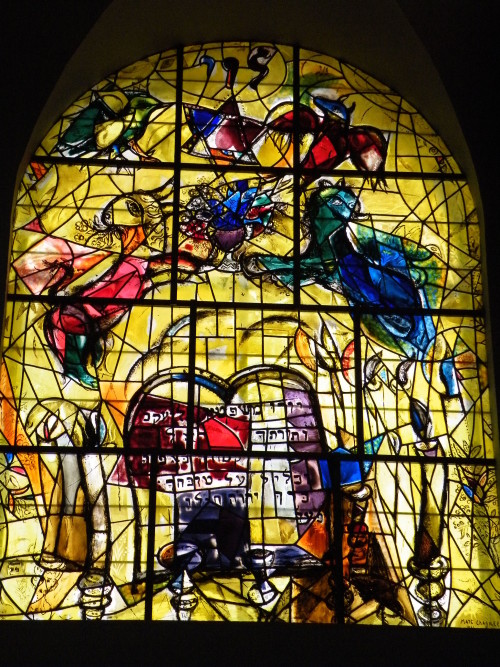 This year in the Hebrew Calendar we are in what is known as a leap year or a pregnant year. There are seven years in a 19 year cycle on the lunar calendar that are a leap year. So in these years a whole additional month is added, making Adar I and Adar II. In the past when I’ve written about Adar, I’ve talked about the tribe of the month being Naphtali. Well, what happens when there are two Adars?

The name Levi means “joined.” We read of his birth in Gen. 29:34, “And she (Leah) conceived again, and bare a son; and said, Now this time will my husband be joined unto me, because I have born him three sons: therefore was his name called Levi.”

We see two sides of the tribe of Levi in scripture. Earlier on in scripture, Levi was known to be joined to his brother Simeon because of what they did together for their sister Dinah.

You may or may not be familiar with the story of the daughter of Jacob, Dinah. Dinah was raped by prince Shechem. You can read of the story in Gen. 34. After the incident, Hamor, the father of Shechem, comes to Jacob to ask if he would give his daughter to marriage to Shechem, for he loved her. In order to preserve the honor of Dinah, Jacob tells Hamor that she can only marry one who is circumcised. They make an agreement that Shechem and all of the Shechemites will be circumcised.

Regardless of the agreement reached between Jacob and Hamor, Simeon and Levi are enraged over what has happened to their sister and the disgrace brought upon Israel.

“Three days later, while all of them were still in pain, two of Jacob’s sons, Simeon and Levi, Dinah’s brothers, took their swords and attacked the unsuspecting city, killing every male. They put Hamor and his son Shechem to the sword and took Dinah from Shechem’s house and left.” (Gen. 34:25-26)

Now this was actually a normal reaction for brothers to have. In order to preserve the honor of their sister and Israel, this seems to be the appropriate punishment. However, Jacob rebukes them and says in Gen. 34:30, “You have brought trouble on me by making me a stench to the Canaanites and Perizzites, the people living in this land. We are few in number, and if they join forces against me and attack me, I and my household will be destroyed.”

Jacob is upset because they went behind his back and took it upon themselves to mete out punishment  after he had already given his word. If all the other people of the lands had found out about this, they could decide to join with one another to come up against Jacob and his tribes and they would not be able to defend themselves.

Even when Jacob has all his sons in front of him in Gen. 49, this is what he says of Simeon and Levi: “Simeon and Levi are brothers—their swords are weapons of violence. Let me not enter their council, let me not join their assembly, for they have killed men in their anger and hamstrung oxen as they pleased. Cursed be their anger, so fierce, and their fury, so cruel! I will scatter them in Jacob and disperse them in Israel.”

Now I am not saying what Simeon and Levi did was right; although it was acceptable and normal in their day, they reacted in their anger and not out of the zeal of the Lord. This only caused more trouble for Israel and left Dinah in more shame, as now she feared that no one would marry her. Here we have another hole which there are multiple traditions to fill, since we do not really hear of Dinah again (except for a mention in Gen. 46).

In studying this passage, and seeing as we are in a season of restoration and redemption, the story that seems to best fit the heart of God is this: Dinah is the wife of Job. Dinah married one of God’s favorites! (Another fascinating tradition states that Asnath, Joseph’s wife, was the daughter of Dinah!)

In Job 42:12-15 we read, “The Lord blessed the latter part of Job’s life more than the first. He had fourteen thousand sheep, six thousand camels, a thousand yoke of oxen and a thousand donkeys. And he also had seven sons and three daughters. The first daughter he named Jemimah, the second Keziah and the third Keren-Happuch. Nowhere in all the land were there found women as beautiful as Job’s daughters, and their father granted them an inheritance along with their brothers.”

I don’t think it is a coincidence that the daughters of Job are the ones that are highlighted in this scripture. And here is a portrait of Dinah’s redemption: she walked with a man who was upright before the Lord, and her daughters were blessed with being the most beautiful in the land and received an inheritance along with their brothers! The Lord gave her beauty for ashes and turned her mourning into joy!

Dinah’s name actually means “to judge” or “judgment”; other times it can be rendered “vindicated”. We see here a picture of Dinah’s redemption and her vindication in the Lord, but what of Levi? In Deuteronomy 33:8-11 we read, “About Levi he said: ‘Your Thummim and Urim belong to the man you favored. You tested him at Massah; you contended with him at the waters of Meribah. He said of his father and mother, “I have no regard for them”. He did not recognize his brothers or acknowledge his own children, but he watched over your word and guarded your covenant. He teaches your precepts to Jacob and your law to Israel. He offers incense before you and whole burnt offerings on your altar. Bless all his skills, O Lord, and be pleased with the work of his hands. Smite the loins of those who rise up against him; strike his foes till they rise no more.’”

Unlike Simeon, Levi changed his ways and walked in the righteous fear of the Lord. Where once he struck out in anger in revenge of his family, he then chose the Lord over everything even his family; Where once Levi was joined to Simeon, now he is joined to God!