48 Years of Celebrating Jerusalem’s Unity and Liberation!
May 12, 2015 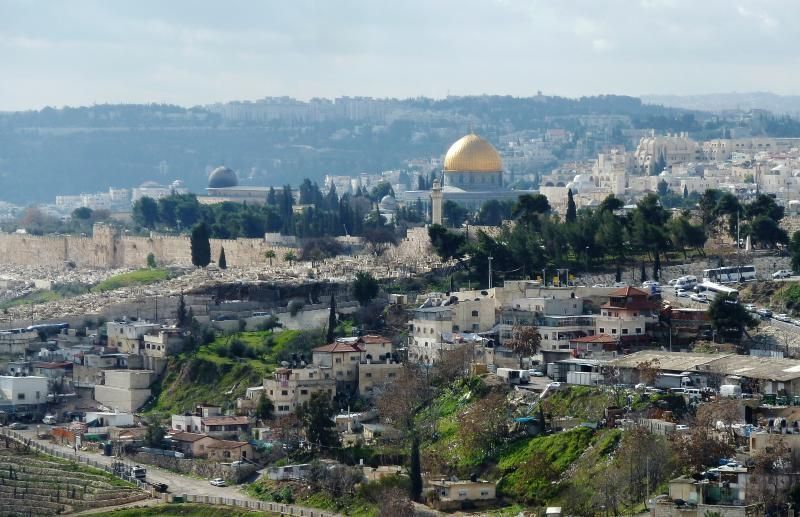 It was 48 years ago this coming week that the IDF, with great heroism and Divine providence, liberated the Jewish People’s historic holy capital. This led, within a very short time, to its official unification under Jewish sovereignty for the first time in nearly 1,900 years. Thus was closed a historic national and religious circle, beginning in the times of King David, who built the Jewish capital in Jerusalem, and of King Solomon, who built the Holy Temple there in fulfillment of the Biblical description of the city as the “place that G-d shall choose.”

Visitors to Yerushalayim on Jerusalem Reunification Day – the 28th of Iyar, the third day of the Six Day War (May 17, this year) – will be treated to a display of the deep-seated joy felt by the residents, and especially by the 100,000 youths from all around the country who descend on the capital to celebrate. The now-traditional Rikudgalim will be the centerpiece of the event: two separate musical parades for males and females waving Israeli flags and dancing and singing through the streets.

The central official event will be held at Ammunition Hill (Givat HaTahmoshet), between Ramat Eshkol and the Police Headquarters. It was there that a miraculous and decisive battle was heroically fought and won; although the IDF troops had neither aerial nor artillery support, and though many of the officers were killed or wounded during the battle, they succeeded in capturing the well-protected and very strategic Jordanian fortress outpost. Many of the fighters later received citations for their heroism.

Jerusalem Day is now a national holiday, but this is only a relatively recent development. In fact, the struggle to commemorate the reunification of the Holy City is very reminiscent of today’s uphill efforts to ensure that Jerusalem remains that way – and stands as a strong reminder that “there is nothing new under the sun.”

The struggle began less than a year after the Six Day War. The government had passed a resolution rendering the 28th of Iyar as Jerusalem’s holiday – and no other official action was deemed necessary. The government was in fact following the path paved by the Chief Rabbinate, which several months earlier had set that date as a “day of thanksgiving and Hallel to G-d for the miracles and liberation of Jerusalem that occurred on that day.”

However, then-Minister of Religious Affairs Zerach Varhaftig soon informed the Rabbinate, “I have brought your decision to the knowledge of the Government, and I found no willingness to declare this day of thanksgiving as a [national] holiday in addition to Independence Day, which falls in the same month.”

This did not curtail the natural joy felt for this day by the regular public. A group of Mafdal Youth – the Young Guard of the National Religious Party (forerunner of today’s Jewish Home party) – attempted to organize a large-scale commemoration of the special day, including a large rally at the Western Wall plaza – but the government objected! Thus officially began a large political and public controversy, perhaps the first of many hundreds of similar disputes over the coming decades regarding the areas liberated in 1967…

Groups of university students around the country, led by the National Students Council, joined in the Young Guard’s efforts. They, too, faced opposition from the “establishment,” as the universities threatened sanctions against students who missed classes to take part in the commemorations. Students from the Technion, Bar Ilan University and Tel Aviv University (!) – but not Hebrew University – refused to buckle, and took active part in the events honoring Jerusalem.

Then-Prime Minister Levi Eshkol asked the organizers to call off the Kotel ceremony, fearing the international attention and criticism that would be leveled at Israel’s control of the Old City. Jerusalem Mayor Teddy Kollek – a central figure in Israel’s War of Independence who built up Jerusalem in many ways but later adopted very dovish political leanings – also refused to take part.

Unbelievably, even the leaders of the National Religious Party itself ceded to the pressures exerted upon them, and demanded that the “youngsters” call off the rally. The police, of course, refused to allow the event, and after the organizers turned to the Supreme Court, a compromise was finally reached: The central Jerusalem Day event would be held in the Old City, but at a location less central than the Western Wall.

Among those who took part in the festive assembly were Chief Rabbi Isser Yehuda Unterman, Rabbi Moshe Tzvi Neriah, and future-NRP leader Zevulun Hammer. Organizer Eliezer Sheffer read aloud a prayer stating, “May the One Who dwells above grant wisdom and courage to the Government ministers and their advisors, and valor to the Nation of Israel, to proudly bear the wholeness of Jerusalem and [render] Jerusalem Day a holiday for all generations.”

It was that very day – the 28th of Iyar, 1968 – that Jewish life in the Old City of Yerushalayim was renewed. The IDF Nachal youth-settlement core group “Moriah” moved into the Batei Machseh neighborhood, the site of fierce battles during the War of Independence.

Yet only in 1998 – 30 years later! – did Jerusalem Reunification Day receive national recognition. Then-MK Chanan Porat, a veteran of the IDF’s battle for Yerushalayim in 1967, proposed a Knesset bill to recognize the day as a country-wide holiday. His written explanation and introduction read as follows:

“…The essence of Jerusalem, the height of our hopes and the summit of our ambitions, and which we raise to the top of our joys, should be noted and singled out on the day that the symbolizes its centrality in the national life of the Nation of Israel which has returned to its Land, established its State, and declared Jerusalem as its eternal capital.”

The Jerusalem Day Law of 1998 does not call for the closing of businesses and offices, but allows most workers around the country to choose this day as one of their vacation days. The Prime Minister is authorized to order the holding of a national ceremony to open Jerusalem Day, and to set national symbols for the day, while the Education Minister may authorize educational activities dedicated to the holiday.

Just ten days before he was assassinated, Yitzchak Rabin announced in Washington, D.C. as follows: “We in Israel differ, from right and left, on various issues… But on one topic there is no dispute: The integrity of Jerusalem, and its continued consolidation and establishment as the capital of the State of Israel. There are no two Jerusalems. There is only one Jerusalem. As far as we are concerned, Jerusalem is not a matter for compromise – and there is no peace without Jerusalem.”

Similarly, just weeks before the Disengagement-expulsion from Gush Katif that he initiated and executed from Gush Katif, then-Prime Minister Ariel Sharon said the following at the Jerusalem Day commemoration at Ammunition Hill:

“For us, there is only one Jerusalem, and no other. It will be ours forever, and will never again be in the hands of foreigners… We will carefully guard all its sites of prayer, churches and mosques, and freedom of worship will be ensured, which was not the case when others ruled it. We will fearlessly face the entire world and will ensure the future of united Jerusalem.  For Jerusalem is the anchor, root of life, and faith of the Jewish people and we will never again part with it.

“Whoever wishes to know this should open the Bible, read and understand. Historic Jerusalem, the heart of the Jewish people for over 3,000 years, will always be one, united, the capital of the State of Israel forever and ever.”

Many beautiful and dramatic words have been expressed about Jerusalem and its eternal unity – yet it was just a year after the city’s liberation in 1967 that we saw that words alone are not sufficient. How vigilant and proactive must we be now, when the enemies of Jewish Jerusalem smell weakness, to safeguard Jerusalem’s future!