Your daily connection to the Land of Israel
I Love Israel

"All the land that you see I will give to you and your offspring forever." 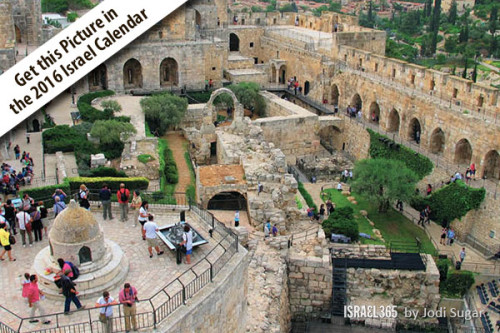 This stunning image was photographed by Jodi Sugar.

Glorious photography enables people to take an instant of experience in the Holy Land home with them. The moving juxtaposition of soldiers of the Israel Defense Forces (IDF) with the Western Wall is a reminder of how much mankind exerts to establish peace on earth, and that, in the end, the people turn to God for security and salvation.

Jodi Sugar takes inspiration from the land of Israel itself. She photographs Jerusalem with an eye for the architecture of the Old City, the alleyways, the streets paved with white Jerusalem stone, and the sunshine that paints all of the above, turning Jerusalem into a city of gold.

In the first photograph by Jodi in the Israel365 collection, A Soldier Praying at the Western Wall, she captures the poignancy of how Israel’s young adults stand in prayer, with their weapons by their sides.  The apparent paradox of a sign of Israel’s military strength turning to encounter God in his daily life is an important one, representing the Israel experience for many.

The next photograph by Jodi in the Israel365 collection is equally poignant. In Soldiers of God, the traditional black garb of the chasid is a marked contrast to the soldier’s green uniform, topped by the striking purple beret of the IDF’s Givati Brigade. Standing side by side, they each have equal access to the Western Wall, reflecting the importance of maintaining all walks of Jews among the Jewish people. Jodi explains that she sees both the spiritual prayer and the physical arm of Israel as the means of protecting the Jewish People. Though the chasidic population of Israel rarely joins the IDF, they fight on behalf of all Jews through their spiritual endeavors. And the soldier, a contributing member to Israel’s military might, nonetheless stops for a moment to commune with the One Above, who is the ultimate source of protection.

These photographs are far more than snapshots; they tell the story of the Jewish return to Israel, and the poignant defense of the Jewish people, against the backdrop of the stones of the holy Western Wall.

And for those who like Jodi Sugar’s photographic eye, there’s also her Inspirational Photography of Israel calendar. A 16-month calendar, from September 2015 through December 2016, its images introduce a measure of the Holy Land into daily life, anywhere the calendar is in use. The calendar offers 13  photographs, and incorporates Jewish holidays, Israeli holidays, and Jewish candle lighting times into the appropriate places throughout the year. Note that the date boxes are large enough to record daily appointments and other information. As the artist herself attests, her goal is to offer “the viewer a feel for the soul of Israel…[One can] see Israel every day on [the] wall, and frame the photos afterwards for a lasting memory.”