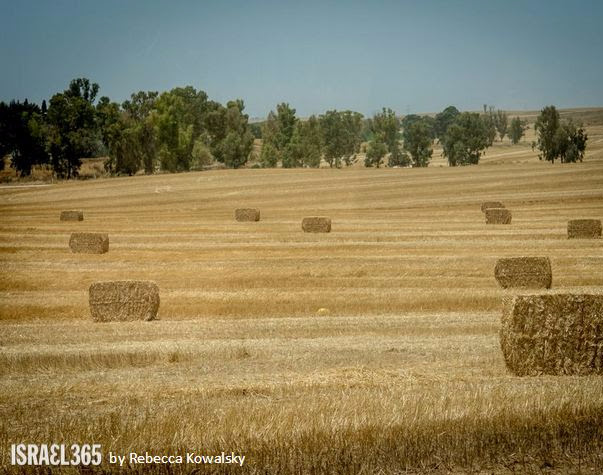 This year, from Sept. 25, 2014 through Sept. 13, 2015, Jews in Israel observe the laws of Shemitta, the Sabbatical year, set forth in the Scriptures (Leviticus 25), requiring us to completely desist from cultivating our fields. During this year we relinquish personal ownership of our crops, and whatever produce does grow on its own is considered communal property, free for the taking. This year-long abstention from farming gives us an opportunity to put our faith entirely in God’s hands, and allows us to focus on higher, more spiritual pursuits

Historically, as soon as the Jews settled in the Holy Land, they began to count and observe this seven-year cycle, but with the destruction of the second Temple, and the majority of Jews in exile, the Shemitta years were neglected. With the return of Jews to Israel in significant numbers in the middle to late 19th century, the Shemitta year was reinstituted, posing a major problem for Jewish farmers in the land.

It is difficult to imagine how the modern State of Israel could exist without a solution to this challenge. Throughout the years there have been two methods devised to address it, taking into account the Biblical injunction while, at the same time, considering modern economic realities. The first method entails temporarily selling the land to non-Jews. Throughout the years, this method has been controversial both religiously and politically. The second method has its roots in the Second Temple period and enabled crops to be maintained and harvested to some degree to ensure food for the people. This is done by transferring authority over the farm to the rabbinic courts which in turn pays the farmers as their employees to harvest the food on behalf of the people. When we purchase the crops at the store, therefore, we are effectively paying the rabbinical court to cover their expenses rather than doing business in the produce itself. There are special stores set up for this purpose and whose profits are severely limited as a result. 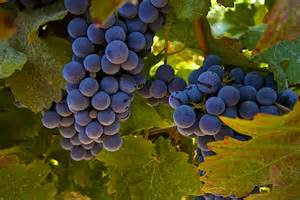 Grapes on the vine

Every farmer in Israel must decide how to observe the Shemitta in advance. The secular farmers all follow the first method which effectively sells the land to a non-Jew for the year, in which case, they are able to work the land as always. But many religious farmers adhere to the second method which restricts what they can do – many do not prune their trees or vines or do so in a limited way – what is necessary to prevent damage or to avoid hurting someone. They cannot plant at all during this year. And, in the case of wine, which takes several years from harvest to finished wine, the wine of grapes from the Shemitta year, cannot be sold abroad because it is holy.

A good friend of mine, Tommy Waller, established a wonderful initiative some years ago called HaYovel, literally Jubilee. Through this wonderful organization, Tommy brings hundreds of volunteers to Samaria each year to work in the vineyards, helping to prune and then harvest the wine grapes. I had a chat with Tommy about how he has been dealing with the Shemitta year and gained some wonderful insights from him. Here is our conversation:

Sondra: So Tommy, how did you get started and what was your vision in all of this?

Tommy: First of all I would like to thank you, Sondra, for all the work you are doing to support the communities of Judea and Samaria. It was not long after I made my first trip to Israel in 2004 that I met you. We have since enjoyed a wonderful relationship which has been built on a foundation of great appreciation of our respective roles as a Jew and Gentile.

Obviously God has called our Jewish friends to take a permanent place in the Land while non-Jews have an important role of supporting this process of returning to the land promised to them through Abraham. HaYovel has determined to take on this role of support specifically in the Heartland of Israel by helping Jewish farmers with their vineyards and olive groves.

Sondra: How have you encountered Shemitta in your work in the vineyards of Samaria?

Tommy: Let me first say that I personally had very limited understanding of Shemitta when I came to Israel in the spring of 2004. What was interesting is that even in my limited understanding of the Shemitta I felt a strong leading to call our organization The Jubilee which in Hebrew is HaYovel. As many of you know there are seven years in a Shemitta cycle and seven Shemittas in a Jubilee cycle or Yovel cycle.

My first encounter with Shemitta began in the fall of 2007. For me, like many Christians, I tend to focus on one particular verse to establish my theological position on a subject and in the Shemitta year of 2007 and 2008 I had locked in on Leviticus 25 verse 4 where it says, “You shall neither sow your field nor prune your vineyard.” Because of my understanding of that verse we did not prune the vines in 2008 and fast forward to 2015 again we did not send volunteers to prune the vineyards. Even though some of the farmers we work with were pruning because they used the temporary sale to an Arab route, I did not feel good about doing that.

This was and still is not a decision I am completely comfortable with – mainly because HaYovel was established as an organization committed to serve the Jewish farmer – 100%. You may agree with our decision, but as I have personally become completely smitten by this Holy ground and its people I am now seeing the depth of Shemitta through their eyes – eyes that have longed for and believed that God’s promise would be kept. So I understand that the issue is a complicated one. 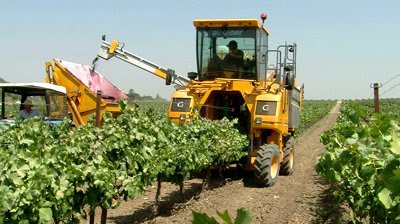 Sondra: What does Shemitta mean to you?

Tommy: It would be impossible for me to express everything in such a short space so I will say only a few things. I believe the Shemitta is not meant for any other country to keep besides Israel. Leviticus 25 verse 2 specifically says, “When you come into the land.” This land, which God Himself is referring to, is not the United States of America. I firmly believe that any theology which states that any part   of Leviticus has any connection to any country besides Israel is replacement theology in its purest form.

The Shemitta is God’s economic plan for Israel – a plan that will not be fully implemented until the Messianic Redemption of Israel comes. I have heard some refer to it as the reset button. In the 7th year every citizen is financially equal. No one has ownership of a field so there cannot be a regular harvest of that field. My friend, Rabbi Melamed, speaks fondly about serving the wines of Har Bracha to all  those who come, which reminds me of Isaiah when he said, “Ho! Everyone who thirsts, ….yes, come, buy wine and milk without money  and without price. (Isaiah 55:1)

Sondra: From your perspective, are Israeli farmers sacrificing for Shemitta?

Tommy: I am personally in awe of every farmer in Israel. To see the dreams of the prophets so vividly and perfectly expressed through the families who shared these same dreams and made them a reality. Anyone who comes to Israel will be amazed at all the fruits and vegetables growing in this once desolate region. I believe that these farmers have been allowed to come to the land by the hand of God. The people of Israel have not fully returned from the four corners of the earth – but when they do return – the Shemitta will be in full swing.

When Terror Hits Close to Home