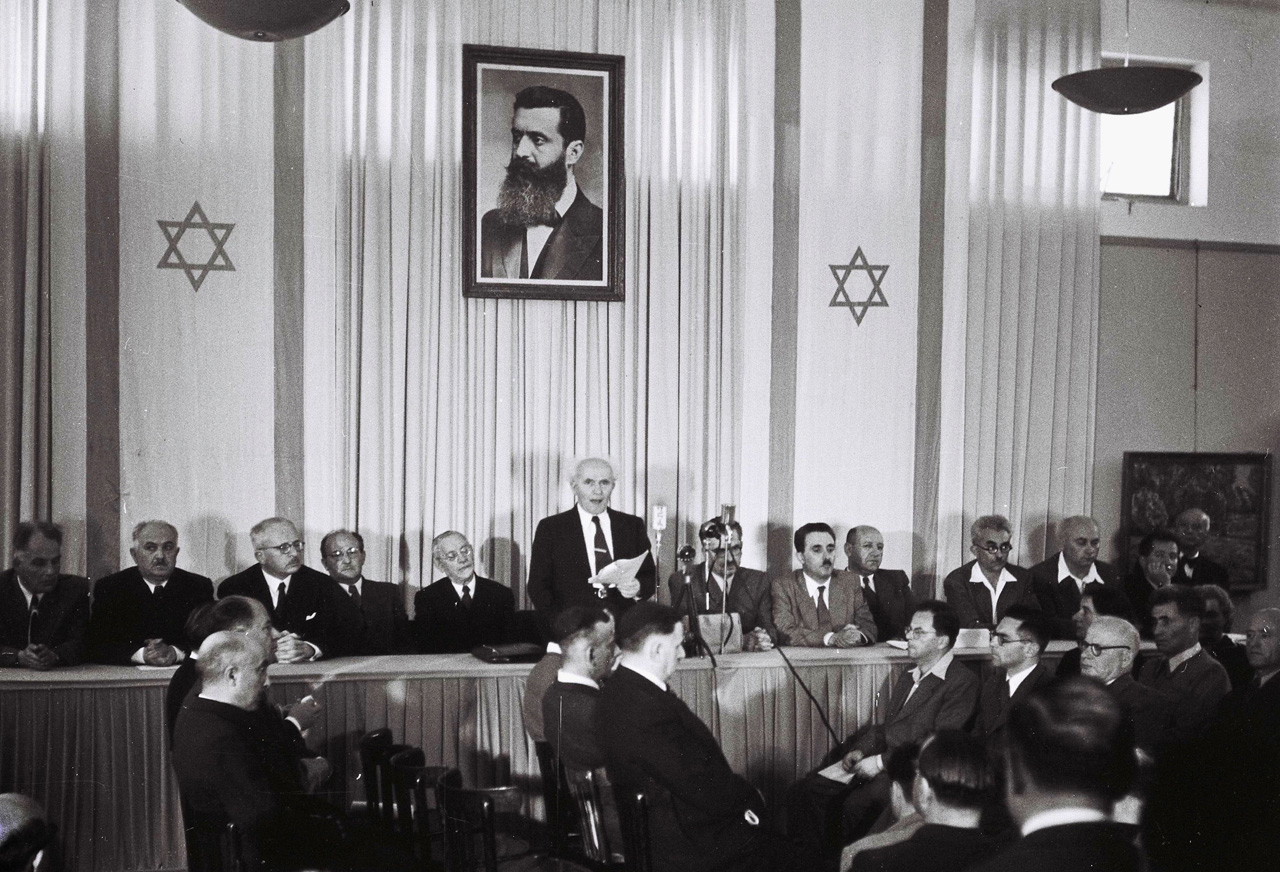 “The Prime Ministers” is an epic recounting of Israeli political insider Yehuda Avner’s eyewitness experience working among the founding fathers of Israel.

The 86-year-old former ambassador and senior advisor to five Israeli prime ministers reveals the immense difficulties and hardships Israel has undergone as a country, yet how she continues to manage to come out on top and stronger than before.

Surrounded by enemies who look to destroy Israel on all home fronts there, Israel’s great leaders have persevered through immense challenges. Avner retells the courage five of Israel’s prime ministers had in shaping the great country that Israel is today.

In the excerpt below, Avner describes the official decision adopted by Prime Minister Menachem Begin to stop El-Al flights in and out of Israel in honor of the Sabbath.

After much backlash amongst members of the Knesset, Avner describes Begin’s message to both religious and secular Jews in recognizing and honoring the Sabbath.

Even though the decision is likely to cause a financial loss, Avner recalls Begin stating it will be a long term nationwide win “to the eternal heritage of the Jewish people.”

Once the last phase of the peace treaty was completed, the prime minister began devoting himself with renewed vigor to domestic affairs. For a long time he had been itching to take on one of the most powerful labor unions in the country – the El Al workforce. He wanted to put a stop to the operations of Israel’s national airline from sundown Friday to sundown Saturday (the hours of the Jewish Sabbath), as well as on the major Jewish festivals. It was on this topic that Mr. Begin addressed the Knesset in May 1982, from the rostrum rather than from a wheelchair – the first time he had done so since breaking his hip almost six months before. However, since he was still in pain, it was with heavy steps that he mounted the platform, leaning on the arm of an usher and supported by his cane.

For days, the Knesset had been permeated with a rising tension as muscular, stocky men roamed its corridors and canteens, and approached its committees, their numbers rising daily. These were the El Al union bosses, accompanied by their whispering lawyers, intent on scotching Prime Minister Begin’s plan to halt the carrier’s flights on holy days. With- out letup, they pressured, pestered, and petitioned the parliamentarians. Even the strictly observant interior minister, Dr. Yosef Burg, was collared. He was waylaid by a union man who placed an amicable arm around his shoulder and then jabbed a forefinger into his chest and barked into his face so sharply that Dr Burg’s head was jerked backward, as though the arguments were being shoved physically down his throat.

“Mr. Speaker, ladies and gentlemen, members of the Knesset,” Begin began, “the government has decided that following a time lapse of three months, the aircraft of our national airline, El Al, will no longer fly on the Jewish Sabbath and festivals.”

This announcement resulted in looks of sheer hatred appearing on the faces of the union men, who sat watching the proceedings in the public gallery. The opposition benches erupted into paroxysms of heckling:
“So why don’t you shut down the television on Shabbat, too?” screamed one.

“Are you going to stop Israel merchant ships at sea, too?” yelled another.

The derision fazed the premier not one bit. On the contrary, it sup- plied him with new inspiration. “Shout as much as you want,” he taunted, scanning the opposition faces with scorn, his gaze finally settling on the young radical leftist, Yossi Sarid. “I have nothing to say to you and your kind. In fact, I have nothing to say to anyone who supports a Palestinian state, which is a mortal danger to our people.” And then, changing his tone, altering his voice to a muted, sonorous pitch, this man who believed in oratory as the supreme weapon, an artful combination of style, cadence, and the application of formidable intellectual energy, argued, “Forty years ago I returned from exile to Eretz Yisrael. Engraved in my memory still are the lives of millions of Jews, simple, ordinary folk, eking out a livelihood in that forlorn Diaspora, where the storms of anti-Semitism raged. They were not permitted to work on the Christian day of rest, Sunday, and they refused to work on their day of rest, Saturday, for they lived by the commandment,‘Remember the Sabbath day to keep it holy.’ So each week they foreswore two whole days of hard-won earnings. This meant destitution for many. But they would not desecrate the Sabbath day.”

“So, stop football on Shabbat, too?” heckled Sarid, triggering off yet another squall of jeers, hissing and name-calling.

Adroitly, cutting through the pandemonium, Begin told the tale of Salonika, and as he did so the House listened. “In Greece there is a port city called Salonika, which had an extensive Jewish population before the war. Most of the port workers there were Jewish, and on Shabbat they did not work. Those stevedores would forego their pay rather than desecrate the Shabbat. The goyim accepted this as a fact of life, and the port was closed on the Sabbath day. Imagine that!”

“And you want to close down the whole country, turn us back to the Dark Ages,” yelled somebody.

“Ah, the Dark Ages,” echoed the prime minister sarcastically, and to the delight of his supporters, he calmly raised his right hand as if to catch a ball, tossed it back toward the heckler, and resumed his rhetorical flow.

“So, put on a yarmulke,” sneered somebody.

A chorus of approval from the government benches went up, muffling every last vestige of dissent. Begin, idol of the common folk, caught up in his enthusiasm and sense of mission, rose to a crescendo. “So are we, in our own reborn Jewish State, to allow our blue and white El Al planes to fly to and fro, as if to broadcast to the world that there is no Shabbat in Israel? Should we, who by faith and tradition heard the commandment at Sinai, now deliver a message to all and sundry through our El Al planes –  ‘No, do not remember the Sabbath day. Forget the Sabbath day! Desecrate the Sabbath day.’ I shudder at the thought that the aircraft of our national carrier have been taking off the world over on the seventh day over these many years, in full view of Jews and Gentiles alike.”

The ensuing rumpus was terrific. The Speaker sat, vainly banging his gavel, which thudded as soundlessly as a velvet mallet. So Begin himself raised his palms and then lowered them gently, once, twice, thrice, until the furor quieted. Once it had, he fixed his eyes on the public gallery and cast a solemn stare at its occupants. “Let me say this to you, the good workers of El Al. The government has been the object of threats from some of you if we go ahead with our decision. We disregard these threats. In a democracy, government decisions are not made under threat. We cannot engage in profit-and-loss calculations when it comes to the eternal heritage of the Jewish people. There is no way of assessing the religious, national, social, historical, and ethical values of the Sabbath day by the yardstick of financial loss or gain. In our revived Jewish State we simply cannot engage in such calculations. If it were not for the Shabbat that restored the souls and revived the spiritual lives, week by week, of our long-suffering nation, our trials and vicissitudes would have pulled us down to the lowest levels of materialism and moral and intellectual decay.” And to hammer his point home, he ended his speech with the celebrated saying, “More than the Jews have kept the Sabbath day, the Sabbath day has kept the Jews.”

With that he turned to limp back to his seat, amid cheers and jeers, but hardly had he taken a step when, struck by a sudden additional thought, he hobbled back to the microphone, and declared, “Mr. Speaker, allow me just one further point. This House should know, it is not necessary to be an observant Jew to appreciate the full historic and sacred aura that enshrines this ‘perfect gift’ called Shabbat. Its prohibitions are not arbitrary. They provide insulation against corrosive everydayness, they build fences against invasions by the profane, and they enrich the soul by creating a space for sacred time. In a word, one need not be pious to accept the cherished principle of Shabbat. One merely needs to be a proud Jew.”

The Speaker bellowed that he was putting the prime minister’s statement to a vote, and instructed the tellers to start counting. The tally was 58 in favor and 54 against, and Menachem Begin exhaled a long sigh of relief as he limped his way out of the hall.